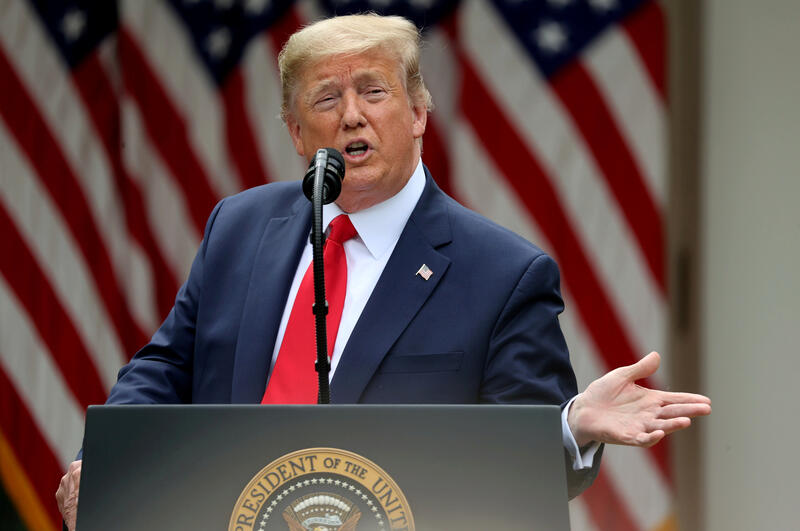 The U.S. president was cruising toward re-election, by one academic model based on GDP per capita and prices. Then the pandemic hit. The model isn’t built for such dramatic swings but it still tells a story. A sharp recession is one of few events that could put a Democrat on top.

U.S. President Donald Trump makes an announcement about U.S. trade relations with China and Hong Kong in the Rose Garden of the White House in Washington, U.S., May 29, 2020.

The main inputs are the growth rate of real GDP per capita in the year of an election and the average level of the GDP price deflator over essentially the entirety of the current presidential term.

Based on data available to November 2018, Fair concluded the Democrats would win only 45.7% of the two-party presidential vote in the November 2020 election.

The growing economy was part of the reason, but two other factors in the model also favored Donald Trump, the Republican president: An advantage given to incumbent candidates based on historical results, and no disadvantage that would have been attached to a party that had been in the White House for more than one term.

The outcome predicted by Fair’s model changed very little from then until January, the last time he recalculated the results.