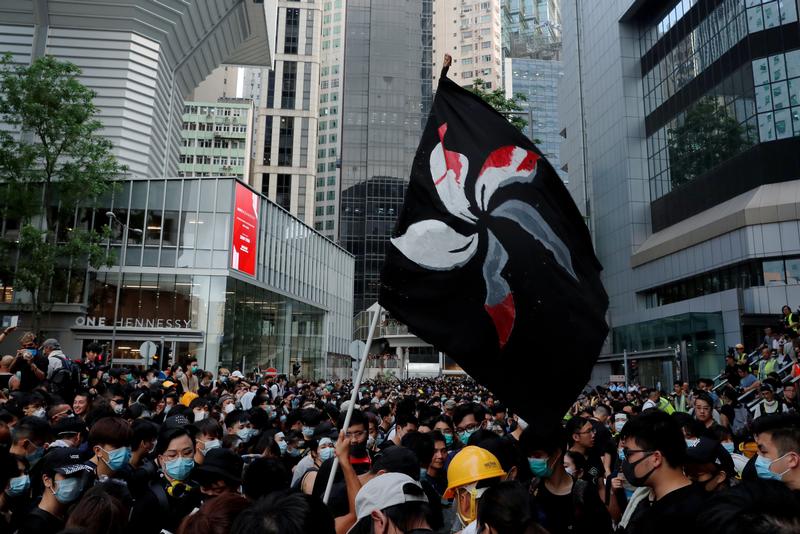 Soft drink Pocari Sweat is caught in a firestorm after it pulled TV ads in apparent support of Hong Kong protests. Such statements can pay off for brands that have political influence, or stand to win more friends than enemies. With Beijing involved, neither is usually the case.

FILE PHOTO: People hold up a black flag during a protest outside police headquarters to demand Hong Kongs leaders step down and withdraw an extradition bill, in Hong Kong, China June 21, 2019.

Soft-drinks brand Pocari Sweat withdrew its television advertisements from Hong Kong’s Television Broadcasts Limited (TVB) channel, the company said in a statement on July 9, amid a series of protests taking place across the city.

Pocari, which is owned by Japan’s Otsuka Holdings, also urged the channel to respond to “public concerns”. TVB had faced social-media attacks alleging a pro-Beijing bias in its coverage of the protest movement in Hong Kong.

TVB called the decision “deeply regrettable” in a post published July 11. The company also said that it strove to maintain professionalism and objectivity in its news coverage.

Protests have taken place across Hong Kong, including in public spaces and shopping malls, triggered by a proposed extradition bill that could see people from the territory sent to China for trial.