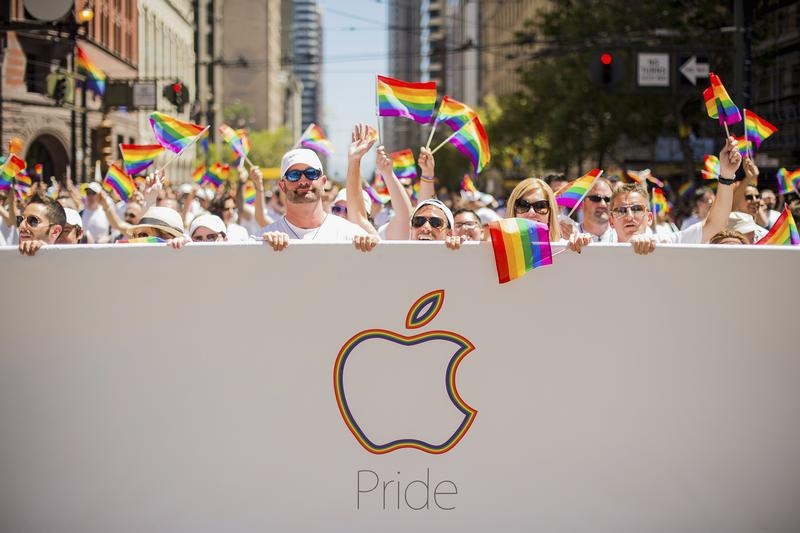 Some in Corporate America are trying to put bigotry out of business. Opposition to anti-lesbian, gay, bisexual and transgender laws is growing: PayPal nixed plans for a global operations center in North Carolina, and Google Ventures’ boss has pledged not to invest more in the state until changes are made. Even rockers have gotten into the act, with Bryan Adams and Bruce Springsteen cancelling shows in Mississippi and North Carolina, respectively.

It’s not the first national business backlash against LGBT discrimination. Salesforce.com Chief Executive Marc Benioff, Apple boss Tim Cook and other tech honchos slapped Indiana last year for granting companies a religious excuse to deny services to gays and lesbians. The state eventually watered down the law in the face of millions of dollars in losses.

This time, the outcry is deafening. Some 120 companies – including Charlotte-based Bank of America – have objected to North Carolina laws that, for example, restrict bathroom access for transgender people. Movie studio Lionsgate is reconsidering its decision to shoot the musical remake of “Dirty Dancing” there. PayPal’s move could cost the state 400 jobs.

Nissan, Tyson Foods and other major employers are bashing Mississippi for allowing religious-based discrimination against LGBT customers. Georgia and other states have considered similar legislation.

But it’s not just a matter of fairness. Discrimination can cripple firms’ ability to attract business and top talent, weakening state and local economies. And treating LGBT workers differently from their colleagues can also be an administrative nightmare. Eliminating the need to comply with conflicting tax, healthcare and other rules is one reason JPMorgan, Goldman Sachs and other Wall Street firms signed on to a brief supporting gay marriage before the U.S. Supreme Court last year.

Canadian singer Bryan Adams on April 11 canceled a planned show in Mississippi to protest a new state law that allows people with religious objections to deny services to same-sex couples.

“I cannot in good conscience perform in a state where certain people are being denied their civil rights due to their sexual orientation,” Adams wrote on his website.

A law signed in Mississippi permits certain businesses to deny wedding services to same-sex couples and allows employers to use religion as a basis for setting dress codes, grooming rules and bathroom and locker access.

Executives of several major U.S. corporations have urged Mississippi officials to repeal the law, condemning it as discriminatory.