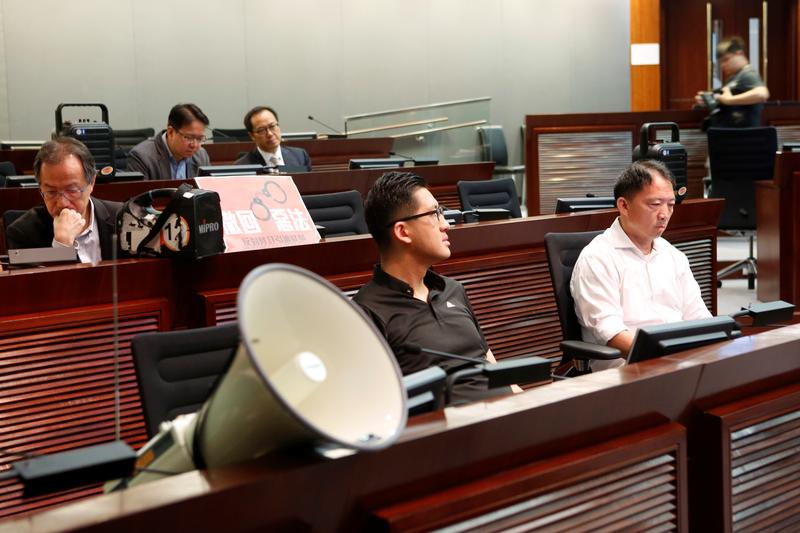 From Washington to Wan Chai, executives are loudly protesting the city’s plan to allow extradition to mainland China. The business community often gets its way in the financial hub. Losing in this standoff would signify a turning point in Hong Kong for more reasons than one.

Pro-democracy legislators are seen inside a conference room during the bills committee on extradition laws, in Hong Kong, China May 14, 2019.

Hong Kong legislators on May 14 clashed over a proposal that would allow people to be sent to mainland China for trial. Pro-democracy officials planned to hold a meeting to discuss the bill, but a scrum ensued as democrats scrambled to block their rivals from holding a meeting of their own. The fracas followed earlier brawls in the legislature, which left one lawmaker hospitalised.

A delegation of Hong Kong democracy advocates, including the general secretary of the Hong Kong Confederation of Trade Unions, testified against the extradition bill on May 15 before the U.S. Congressional-Executive Commission on China, which monitors Beijing actions on human rights and the rule of law.