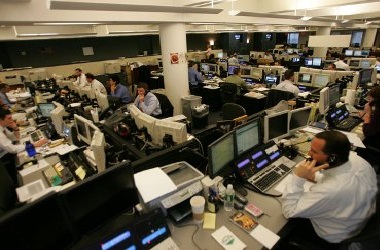 Dealmakers would be forgiven for putting almost any plan on ice, pending some sort of resolution of the Greek debt drama. The $18 billion Towers Watson-Willis merger and the IPO of market maker Flow Traders suggest that deals can still get done, even if it’s with gritted teeth.

Insurance broker Willis, and Towers Watson, the consultant, said on June 30 that they plan to merge to create an entity worth around $18 billion.

Flow Traders, a market maker specialising in exchange-traded financial products, said on the same day it would pursue previously announced plans for an initial public offering. Euskaltel, a Spanish fibre telecoms company, also went ahead with its public listing of shares.

Greece will not pay a 1.6 billion euro loan installment due to the International Monetary Fund on June 30, a Greek government official confirmed.

Greece closed its banks and imposed capital controls on June 28 after bailout talks with foreign lenders broke down and the European Central Bank froze funding support to Greece’s banks.