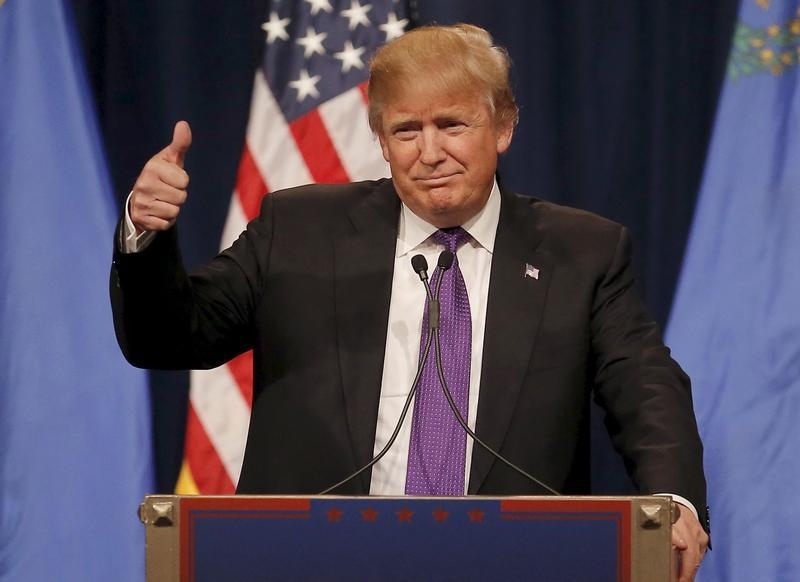 The dearth of company sponsors at the Republican bash reflects unease with the White House hopeful’s stance on issues like trade. Businesses usually provide support for the nomination party. Ironically, their absence may serve to enhance the real-estate mogul’s outsider image.

Republican U.S. presidential candidate Donald Trump gives a thumbs up as he addresses supporters after being declared by the television networks as the winner in the Nevada Republican caucuses at his caucus night rally in Las Vegas, Nevada, February 23, 2016. REUTERS/Jim Young TPX IMAGES OF THE DAY - RTX28B2L

Apple, JPMorgan Chase and Ford are among the companies that sponsored the last Republican National Convention, but are not at the event this year that kicked off on July 18. A handful of technology companies, like Twitter and Facebook, have booths at the gathering. Convention organizers turned to casino billionaire Sheldon Adelson for an additional $6 million for the event, according to Politico. GOP delegates are expected to formally nominate Donald Trump for their presidential ticket on July 21.

- The U.S. Chamber of Commerce and the Business Roundtable have also criticized Trump's views on trade. Trump has said he would scrap the Trans-Pacific Partnership and renegotiate other trade pacts.