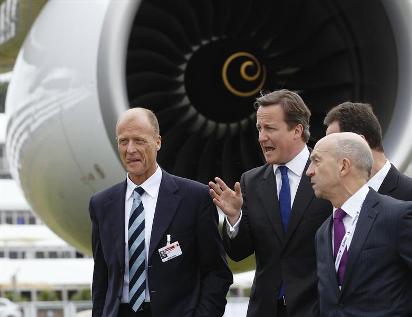 The French government couldn’t appoint its preferred candidate, Anne Lauvergeon, to the Airbus maker’s top spot. Instead, former Thales CEO Denis Ranque will get the job. EADS reformed governance after its failed merger with BAE. The new system seems to be working.

The board of EADS, the Franco-German aerospace and defence company, published on Feb. 5 the list of candidates it will nominate as directors at an extraordinary general meeting to take place at the end of March.
Denis Ranque, 61, the former chief executive of French defence electronics group Thales, is among the nominees and will be put forward as chairman, sources told Reuters.
Other candidates include: Jean-Claude Trichet, the former president of the European Central Bank; Michel Pebereau, former BNP Paribas chairman and CEO; Lakshmi Mittal, chairman and CEO of ArcelorMittal; Manfred Bischoff, the chairman of the supervisory board of Daimler AG; and Sir John Parker, chairman of Anglo American.