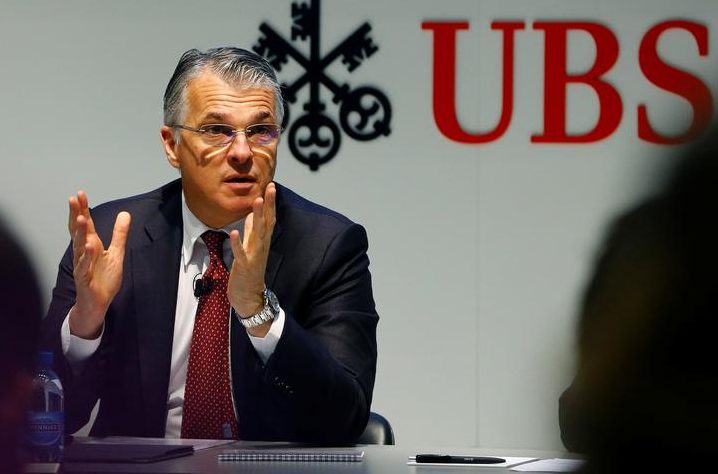 The Swiss bank reported a 2 percent increase in pre-tax profit despite a torrid end of 2018. The investment bank crashed to a quarterly pre-tax loss, while wealth management assets fell. The tougher environment puts more pressure on CEO Sergio Ermotti to hit his expense targets.

UBS on Jan. 22 reported operating income of $30.2 billion for 2018, an increase of 2 percent year-on-year. Pre-tax profit of $6.4 billion was 19 percent higher. Excluding one-off charges it was 2 percent higher.

Pre-tax profit at the bank’s cornerstone global wealth management division grew by 12 percent year-on-year to $3.9 billion. The unit reported $7.9 billion of net money outflows during the fourth quarter, a measure that includes client investments and withdrawals. That compared with $24.7 billion of net new money inflows during the whole of 2018.

Excluding a revaluation of tax assets, UBS earned an annualised return on tangible equity of 13.8 percent for the year, against 13.7 percent for 2017.

The lender’s common equity Tier 1 capital ratio was 13.1 percent at the end of 2018, compared to 13.5 percent three months earlier.

The Zurich-based bank announced an 8 percent year-on-year rise in the annual dividend to 0.70 Swiss francs per share. UBS said it intended to buy back $1 billion of shares in 2019, having purchased 750 million Swiss francs worth of shares during 2018.