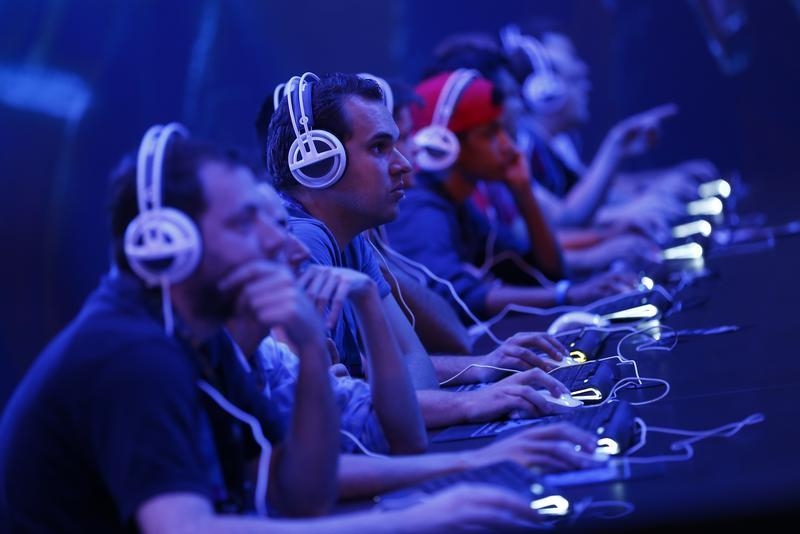 The next big thing on television could be couch potatoes. U.S. cable network Turner Broadcasting System is starting a videogame league with talent agency William Morris Endeavor in a bid to build on the power of live programming. With online viewership already on par with popular sporting events, it could be a big score for TV.

TBS is planning 20 weeks of so-called e-sports on Friday nights, with “Counter Strike: Global Offensive” featured first. Competitive video-gaming – and the people who have made it a spectator sport – may sound nutty to anyone over age 35. Even so, some 27 million people tuned in for last year’s “League of Legends” tournament finale, which was streamed live. That surpassed the TV audience for June’s deciding game of the National Basketball Association championship and the U.S. ratings for the U.S.-Belgium World Cup soccer match two summers ago.

The Time Warner-owned network isn’t alone in wanting a piece of the action. Endemol Beyond USA is launching Smasher Network for fans interested in watching the pastime. Daily fantasy sports startup FanDuel just bought a company that accommodates e-sports. Amazon plunked down almost $1 billion last year for Twitch, an online gaming community, and Google’s YouTube rolled out an app targeting the same audience.

Videogames, once considered a threat to TV because of their ability to usurp leisure time, might now help. The broadcasting business model is fracturing as younger viewers dump pricy cable bundles and move online while all consumers watch more programs on their own schedules. Gaming may fit into a small but powerful group able to buck those trends: live events.

Networks pay handsomely for such rights. Time Warner’s TNT, along with Disney’s ESPN, last year shelled out $24 billion for nine seasons of NBA games, almost triple the annual rate of the previous contract. The global audience for e-sports enthusiasts is growing faster. Some 115 million of them this year will turn into 165 million by 2018, according to research firm Newzoo. Most of those fans don’t even play the games.

If viewers can be lured from tablet to TV screens, the advertising opportunities to reach the coveted millennial generation would be big. And it means videogames on TV could be a whole new ball game.

Endemol Beyond USA announced on Oct. 7 that it is set to launch an e-sports network across 20 different platforms including Amazon Fire TV, Roku and YouTube.

Turner Studios in Atlanta will serve as the headquarters for the new league and primary operations facility for the live gaming experience. Starting in 2016, TBS will broadcast 20 weeks of e-sports competitions on Friday nights.