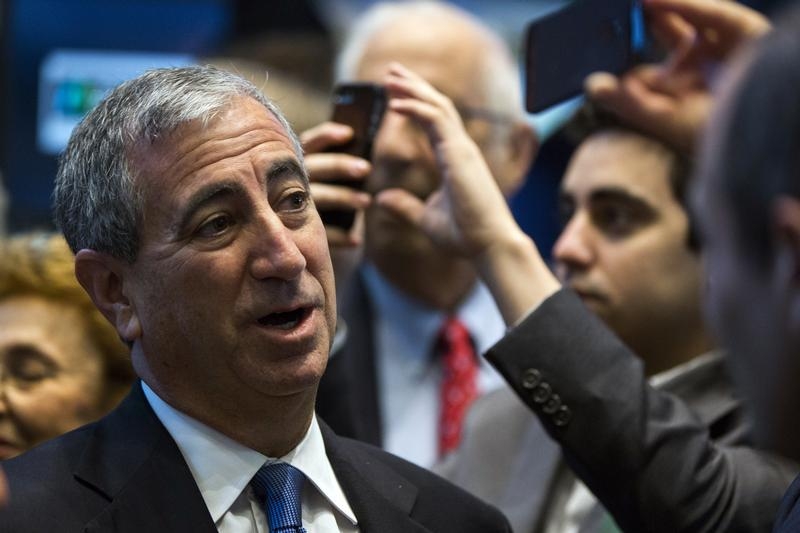 Most of them will be thrilled at the IPO, even though to get it away the boutique adviser slashed the price and number of shares. The debut values Moelis at $1.3 bln, however, below Sumitomo’s 2012 buy-in. Greenhill, Lazard and Evercore all would have been better bets.

Chief executive officer of Moelis & Co., Ken Moelis smiles after ringing the bell to mark the company's IPO on the floor of the New York Stock Exchange shortly after the opening bell in New York April 16, 2014. REUTERS/Lucas Jackson

Shares in boutique Wall Street advisory firm Moelis & Co rose by as much as 9 percent on their debut on the New York Stock Exchange on April 16.

The company, founded and run by Ken Moelis, priced its initial public offering at $25 a share, below the range of $26 to $29 a share used during marketing. The bank sold 6.5 million class A shares, lower than the 7.3 million shares initially planned.

The initial public offering raised $163 million and at the offer price valued the firm at about $1.3 billion.