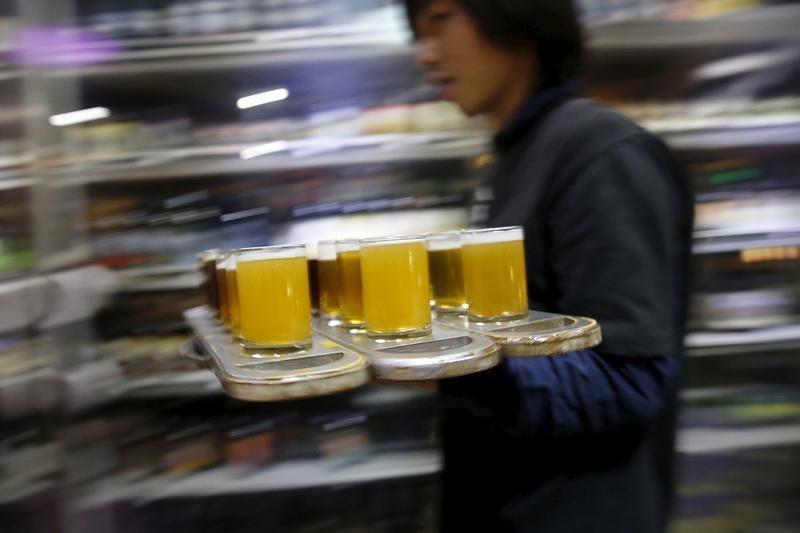 Choppy post-Brexit markets are hardly an ideal environment in which to ask shareholders for more money. But this offering looks solid. The one-for-three issue, at HK$11.73 a share, comes at a reasonably generous 25 percent discount to CR Beer’s notional share price after factoring in the new shares. One of the last big rights issues in Hong Kong – HKT Trust’s 2014 share sale – was pitched at an 18 percent discount. Besides, CR Beer’s majority shareholder, a unit of state-owned China Resources, is underwriting the offering.

The timing also makes sense. CR Beer shares traded below HK$13 before it agreed in March to take control of Snow for a knockdown 5 times EBITDA. They closed on July 5 at HK$16.94. All else being equal, a higher stock price makes equity a less expensive currency for the issuer.

AB InBev’s purchase of SAB still needs the nod from Chinese and U.S. authorities, but CR Beer’s move suggests it is confident this is coming. The megadeal cleared an important hurdle on June 30, when South African regulators gave it the nod. AB InBev boss Carlos Brito said then that the deal was on track to close in the second half. When that happens, CR Beer will have to hand over the cash for Snow immediately afterwards. As the rights issue will take about six weeks, it makes sense to start now.

CR Beer could have funded the purchase of Snow entirely with debt. But that would have pushed borrowing to nearly 2.6 times EBITDA, Mizuho estimates show, limiting the group’s ability to pursue other potential targets like Yanjing Breweries. Raising about three-quarters of its required outlay in equity leaves CR Beer better placed to lead the consolidation that China’s cut-throat beer market desperately needs.

Hong Kong-listed China Resources Beer (Holdings) said on July 6 it planned to raise HK$9.5 billion ($1.2 billion) via a rights issue to help fund its buyout of the 49 percent it does not already own of CR Snow, China's biggest brewer by volume.

Controlling shareholder CRH Beer, which holds 51.67 percent of the company, is underwriting the deal and has undertaken to take up its entitlement. CRH Beer is a wholly owned unit of state-owned enterprise China Resources Holdings.

In March China Resources Beer agreed to buy the remaining 49 percent of CR Snow, China's biggest brewer by volume, for $1.6 billion, from Anheuser-Busch InBev after the latter's takeover of Snow's other backer, SABMiller, is completed.

On June 30 AB InBev Chief Executive Carlos Brito said the purchase of SAB was on track to close in the second half of 2016, after securing clearance from South Africa. The merger still requires approval from U.S. and Chinese authorities.