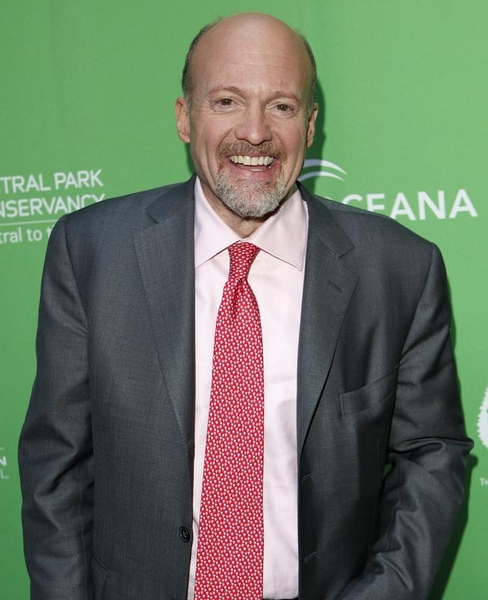 It’s a clash of Wall Street troublemakers: the biggest character in financial TV versus a poison-pen activist investor. The mad money Jim Cramer collects from TheStreet is, however, fair game for his fellow blowhard. Carlo Cannell wants Cramer, a CNBC stockpicker as well as founder of TheStreet, to help spur a sale of the company or take a big pay cut and quit TV.

Even by the ornate standards of some activist screeds, Cannell’s letter makes for a good read. Some of it is over-the-top – there’s talk of assistants spraying lavender water on Cramer’s “barren cranium” and other gems. And some of it is just misguided. So what if TheStreet was briefly worth $1.7 billion in mid-1999? Those were crazy times when anything internet-related attracted Monopoly money. Yet TheStreet has been a disappointment, having made net losses for most of its existence. Cannell’s two big ideas are useful.

First, a sale of TheStreet is worth exploring. That said, the company has languished for years and anyone who wanted to – whether a buyout firm, media group, or fund manager – could probably have snapped it up. After all, its market cap is a mere $80 million or so – with $57 million of cash on the balance sheet. Not everyone wants to be in the investment newsletter business, which can encourage retail investors to trade hyperactively in stocks they barely understand.

Cannell’s second option may, therefore, be the more achievable one. Cramer’s TV commitments help his brand but limit what he can do for TheStreet. Meanwhile, the company has to hand him royalties worth 14 percent of total net revenue this year, subject to a minimum of $2.5 million. Even media giants with far bigger economies of scale can’t afford that kind of payout. The New York Times Co reported an operating margin of just 10 percent of sales for 2013. The equivalent metric at Thomson Reuters, owner of Breakingviews, is 15 percent.

The point is that while Cramer is valuable to TheStreet, he could become more so by devoting more time to it. And his value to the company’s other shareholders is badly dented by the cash he takes out. As a scourge of underperforming companies where key figures are overpaid, that should be a criticism the “Mad Money” host can appreciate.

Hedge fund manager Carlo Cannell urged TheStreet founder and CNBC stockpicker Jim Cramer to consider selling the online tipsheet publisher or reduce his external commitments, take a 70 percent cut in the royalty payment he receives from the company and help “fellow shareholders crawl back from Hades.”

In a letter dated Dec. 2 and filed with the Securities and Exchange Commission, Cannell said Cramer had received more than $14 million in cash between May 1999 and December 2013, plus stock options and other benefits such as “perfumed sedan driver(s) and assorted assistants who spray ionized lavender water on your barren cranium.”

At the close on the first day its stock traded in May 1999, TheStreet was worth more than $1.4 billion, according to Datastream. As of Dec. 3 the company had a market capitalization of $77.5 million.

TheStreet Chairman and Chief Executive Elisabeth DeMarse said Cramer was “appropriately aligned with the success, growth and profitability of the firm,” according to a statement cited by New York Times DealBook. “Our board regularly reviews strategic alternatives and welcomes suggestions from our valued shareholders,” she said.