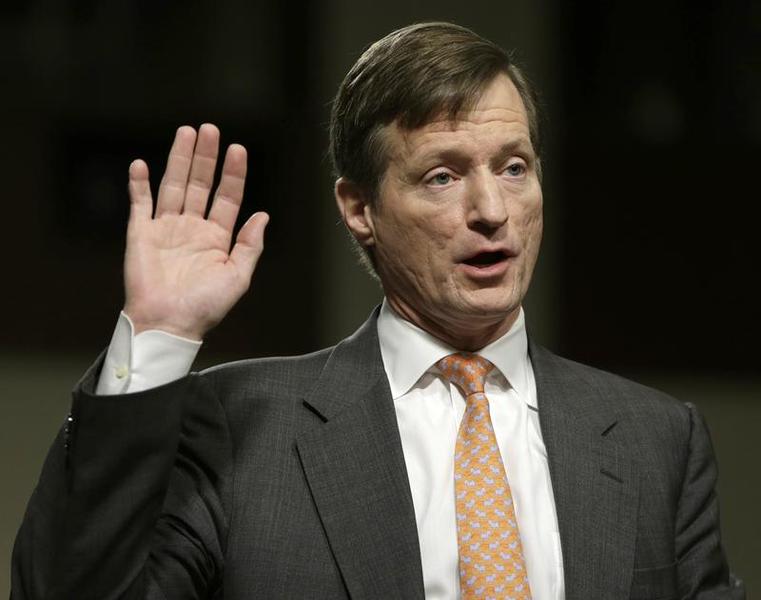 Brady Dougan was only lightly chastised about his firm helping Americans dodge taxes. Senator Carl Levin was at least as angry with Swiss and U.S. authorities. And investors don’t expect much more pain. To execs at Goldman and elsewhere, it must have looked like a cakewalk.

Credit Suisse CEO Brady Dougan is sworn in prior to testifying before the Senate Homeland and Governmental Affairs Investigations Subcommittee on Capitol Hill in Washington February 26, 2014.

Credit Suisse Chief Executive Brady Dougan and several of his lieutenants appeared before the U.S. Senate Permanent Subcommittee on Investigations on Feb. 26. They were there to testify and be questioned about Credit Suisse’s role in helping U.S. citizens avoid paying taxes to Uncle Sam.

The investigation into Credit Suisse’s practices by the subcommittee comes six years after a similar inquiry into UBS. This resulted in the Swiss bank paying a $780 million fine and agreeing to hand over to U.S. authorities the names of some 4,700 U.S. account holders – around 10 percent of the total number of such accounts UBS had.

The subcommittee, led by Democratic Senator Carl Levin, criticised Credit Suisse for following similar tactics prior to 2009 and for being too slow to rectify the situation afterwards. Credit Suisse has so far handed over the names of people linked to 238 of the 22,000 or so accounts thought to be used to shield the holders from paying U.S. taxes.