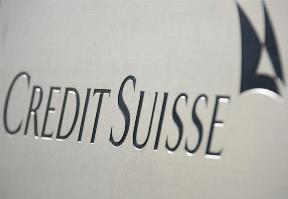 Credit Suisse has bowed to the inevitable. Ever since the Swiss National Bank questioned its reserves last month, the group was under pressure to carry out some kind of equity boost. The plan to lift capital by 8.7 billion Swiss francs removes the immediate question marks over its balance sheet. But any sustained share price recovery requires investors to believe the capital rebuild is now over.

Central to Credit Suisse’s plan is a 3.8 billion Swiss franc issue of convertible shares, which exchange into equity in March next year. That won’t please existing shareholders, who will have to buy the instruments in order to avoid dilution. However, the fact that the issue is underwritten by a string of large investors, including Qatari and Saudi funds, offers some reassurance.

After factoring a hodge-podge of other measures, including a scheme that encourages employees to swap deferred cash bonuses for equity, Credit Suisse’s capital ratio – under the new Basel III definition – should hit 8.6 percent by the end of the year. At the end of last year, it was just 5.9 percent. Add in instruments approved by the regulator, and the ratio rises to 9.4 percent – within touching distance of the authorities’ 10 percent target.

However, the capital boost will squeeze Credit Suisse’s returns. The bank is responding by slashing another 1 billion Swiss francs off its cost base, on top of the 2 billion francs in savings already achieved. Whether this efficiency drive can be achieved without shrinking income remains to be seen. Given the risk of further market turmoil, Credit Suisse’s target of earning a 15 percent return on equity over the cycle may end up as an aspiration.

It’s also far from clear that the desire for bigger capital buffers has been fully sated, either at home or globally. Credit Suisse says it will reward long-suffering investors by paying out generous dividends. But international bank regulators are already working on plans to impose further capital requirements on banks’ trading exposures. True, these pressures apply to the entire industry. And Credit Suisse’s core private banking business offers some stability not available to others. Nevertheless, given the disappointments of the past five years, any promise of jam tomorrow is bound to be met with scepticism.

Credit Suisse on July 18 announced a series of measures to boost its capital position, seeking to end concerns about its strength raised by the Swiss National Bank in June.
The measures, which will add 8.7 billion Swiss francs to the bank’s capital base immediately, include:

The logo of the Credit Suisse bank in Zurich is seen in this file picture.

Credit Suisse on July 18 announced a series of measures to boost its capital position, seeking to end concerns about its strength raised by the Swiss National Bank in June.
The measures, which will add 8.7 billion Swiss francs to the bank’s capital base immediately, include: