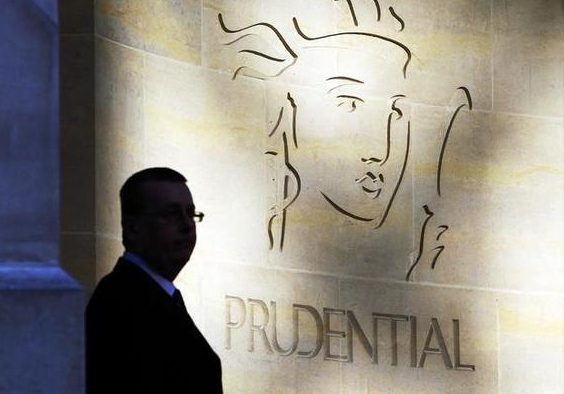 So much for the banking brain drain. Credit Suisse is hiring Tidjane Thiam from UK insurer Prudential to replace veteran CEO Brady Dougan, according to people familiar with the matter. It’s a surprising vote of confidence in the Swiss institution, and the industry.

Few would have tipped Thiam as Credit Suisse’s next CEO before news of his appointment leaked on March 9. Then again, Dougan was an equally unexpected choice when he took charge in the spring of 2007. The low-key American has weathered the financial crisis and subsequent regulatory storms to become one of the industry’s longest-serving bosses. The bank is nevertheless ready for a fresh perspective as it grapples with high costs, raised capital requirements and low returns.

Thiam, a former McKinsey consultant, should bring some new ideas. Though he is new to banking, the 52-year old native of Ivory Coast has plenty of experience of diverting Prudential’s capital from unprofitable areas to businesses that generate a better return. Overseeing the insurer’s large asset management business also will have prepared him for getting to grips with Credit Suisse’s private banking arm.

There’s bound to be some cultural resistance when he walks into the Swiss bank’s headquarters in Zurich. As an industry outsider, he will have to manage the fragile egos of investment bankers and wealth management advisors, an issue far less pressing in the world of insurance peddlers, portfolio managers and actuaries.

Regulators also could pose a challenge. Thiam is no stranger to regulatory battles: Britain’s Financial Services Authority censured him in 2013 for failing to keep it informed about Prudential’s bid to buy Asian insurer AIA. The enduring hostile attitude toward Switzerland’s two big banks, however, will magnify any future missteps.

Even so, Thiam’s decision to turn his back on the fast-growing UK insurer and take charge of a bank is a contrarian move. Prudential’s shares have trebled in value since he became the first black CEO of a large British company in October 2009, comfortably outperforming the sector. By contrast, Credit Suisse’s returns have lagged those of its peers in recent years. Thiam’s decision may be a signal to shareholders that the relative fortunes of two very different financial businesses are turning.

Brady Dougan is preparing to step down as chief executive of Credit Suisse and will be replaced with Tidjane Thiam, CEO of Britain’s Prudential insurance group, people familiar with the matter said. An announcement could come as early as March 10, according to the Financial Times, which first reported the hire.

Dougan, who has been Credit Suisse CEO since May 2007, is one of the longest-serving executives among large global banks.

Thiam, who has been CEO of Prudential since October 2009, has no experience of the banking industry. He worked as a government official in his native Ivory Coast and at McKinsey & Company before moving into the insurance industry.

Trading in Prudential’s Hong Kong-listed shares was halted on the morning of March 10.