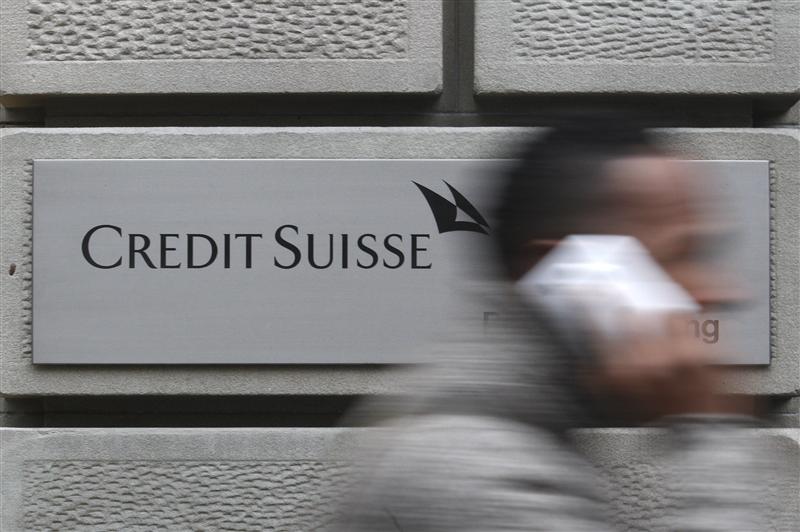 For once, Credit Suisse is on the front foot. Shares in the Swiss bank surged more than 9 percent on Feb. 12 after it kept its full-year dividend intact and revealed reassuringly robust fourth-quarter results. Better still, in outlining up to another 70 billion Swiss francs ($75 billion) in asset cuts this year, Chief Executive Brady Dougan is adopting a more proactive approach to tackling his bloated balance sheet.

Credit Suisse’s two main divisions are delivering for the first time in a while. In the investment bank, fourth-quarter fixed income revenue rose 7 percent year-on-year, versus an average 25 percent-plus decline on Wall Street, and continuing demand for high-yielding securitised products played to one of Credit Suisse’s core strengths. In wealth management, the underlying gross margin may have declined by two basis points to 95 bps in the fourth quarter, but that was better than at cross-town rival UBS, where it slipped four bps to 82 bps.

The bank still faces fallout from the rising Swiss franc, following the Swiss National Bank’s shock abandonment of its peg last month. But by indentifying a further 200 million Swiss francs in cost savings, Credit Suisse reckons it can get away with a drop of about 3 percent in 2015 pretax profit.

Operational strength means Dougan can grapple with another problem: capital. Leverage exposure fell 51 billion Swiss francs in the fourth quarter alone. Yet Credit Suisse still only achieved a 2.4 percent ratio of common equity to gross assets, which explains why Dougan has ramped up the bank’s crash diet, taking total balance-sheet reduction to 230 billion Swiss francs over 2015.

He should do more. Even with the extra asset surgery announced on Feb. 12, Credit Suisse reckons it will only reach a 3 percent threshold by the end of this year. Few banks are weaker on that metric, and it could get increasingly hard to shrink with rivals scrambling to do the same. Credit Suisse trades at 0.7 times its expected book value for 2015, against UBS’s 1.1 times. The more Dougan can keep things ticking along as he slashes assets, the more that gap might close.

Shares in Credit Suisse surged more than 9 percent on Feb. 12 after the Swiss bank posted fourth-quarter results that beat analyst forecasts and kept its dividend unchanged.

Credit Suisse said its leverage ratio on a common equity Tier 1 (CET1) basis was 2.4 percent at the end of 2014, but that it intended to increase this to 3 percent by the end of this year. Its Basel III CET1 ratio, which measures equity as a proportion of risk-weighted rather than gross assets, was 10.2 percent at the end of December.

Credit Suisse swung to a net profit of 921 million Swiss francs for the three months to Dec. 31, up from a 476 million franc loss in the fourth quarter of 2013.

The average expectation among 13 analysts surveyed by the Swiss bank had been for net profit of 574 million Swiss francs and a cut in the dividend per share from 0.7 francs last year to 0.61 francs. Credit Suisse said shareholders would be able to receive their 2014 dividend in either cash or new shares, which would help bolster the bank’s leverage ratio.

Credit Suisse said it had cut its bonus pool by 9 percent in 2014. The bank said its board of directors had taken a voluntary pay cut of 25 percent. Executive board bonuses fell by 20 percent.