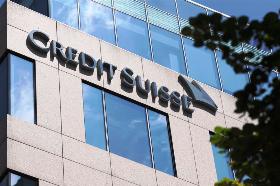 Credit Suisse just lost some of its compensation cred. The Swiss group typically leads the pack when it comes to new and sensible ways to reward bankers. Among the innovations in recent years were stringent clawbacks and bonuses paid in toxic assets. But Credit Suisse has backed down on another tough tactic – deferrals that reached down into the junior ranks.

The bank made three changes to the scheme. First, around 2,300 fewer employees – or about 20 percent less than before – will have any of their bonuses delayed to future years after Credit Suisse raised the threshold from $50,000 or 50,000 Swiss francs in bonus to $250,000 or 250,000 Swiss francs in total compensation. The deferral period also has been shortened to three years from four. Finally, a deferred cash scheme linked to the group’s return on equity was ditched.

It isn’t hard to follow Credit Suisse’s logic. The lower rank-and-file were understandably upset about having more than a third of their payouts deferred. The halving in the share price this year helped fuel the mini-revolt. And with the investment bank’s declining return on equity exacerbated by tougher capital rules, pay was further restrained. Finding ways to sustain morale in these difficult times can’t be easy.

But the bank could have held firm. Although rivals didn’t follow suit on tough deferrals as Credit Suisse expected, it’s not as though the job market is teeming with opportunities. Other banks are hurting, too. The strong Swiss franc doesn’t make domestic poaching easy. And Credit Suisse’s big hometown rival, UBS, is likely on the verge of cutting even deeper.

More significantly, the easing undoes much of the laudable aim of the original plan. While top earners will see their maximum deferrals rise as a percentage of their total bonus, encouraging more bankers to think longer term was the right response. Instead, Credit Suisse has dented its reputation for forward thinking by unnecessarily putting the emphasis on the now.

A Credit Suisse bank is pictured in Frankfurt.Credit Suisse is targetting the US public bond market for a contingent capital (CoCo) bond issue.

The default assumption is that all deferrals will be in the form of shares. Staff can, however, take up to 25 percent of their deferred award in cash, also deferred, to diversify their portfolios.

The number of employees subject to deferrals will fall from 11,800 for 2010 to an estimated 9,500 for 2011. The maximum proportion of compensation that can be deferred for the highest-paid staff will rise from 70 percent to 80 percent.