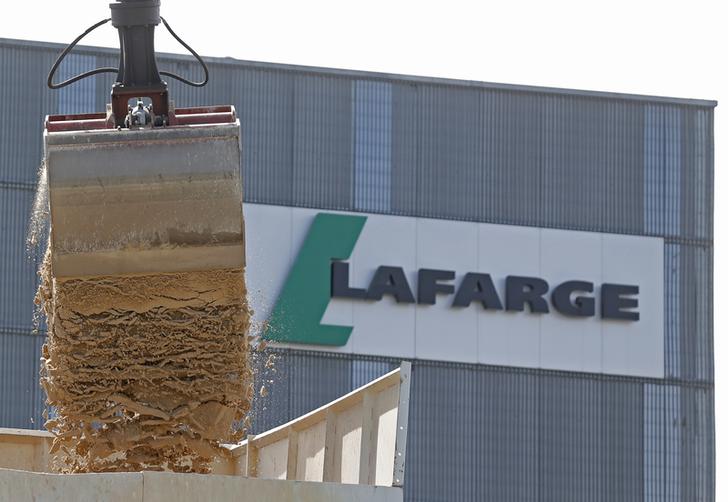 Here is a deal with all the red flags of M&A – ambition, leverage and a jumbo share placing. Yet the market is spurring on CRH’s 6.5 billion euro ($7.4 billion) purchase of surplus assets from European cement rivals Lafarge and Holcim. The traditional criteria for judging such deals don’t apply.

The transaction is worth 40 percent of CRH’s prevailing market capitalisation and will absorb 2 billion euros of balance-sheet cash. There will also be 3 billion euros of debt funding, nearly doubling CRH’s leverage and pushing the ratio of net debt to EBITDA to 3.2 times. And there is an equity placing for about 1.5 billion euros. Acquisitive CRH has come a long way from 2009, when it needed a rights issue to defend its credit rating.

CRH may have got a bargain. The price equates to around 8.6 times trailing EBITDA of 752 million euros, against industry exit enterprise multiples of around 10 times and CRH’s trailing market rating of 12, based on Eikon data. The claimed synergy opportunity of 90 million euros annually is less than the 2 percent of acquired sales achieved in previous deals. However, the business is capital intensive. CRH concedes return on investment will be only “in line” with its cost of capital in 2016, estimated at 7-8 percent.

The placing looks likely to be done at a premium to its previous close. That is almost unheard of for M&A financing on this scale, let alone for a highly cyclical company raising leverage.

Why? The deal was well flagged, the construction cycle might be turning, and the company has earmarked disposals to reduce leverage. Still, monetary policy provides the best explanation. Boring prudence is expensive. The cash on the CRH balance sheet was diluting earnings. And borrowing is cheap. The average interest rate for industrials at the bottom of investment grade is 1.03 percent, Barclays research shows.

Central bankers might prefer new investments, not old assets changing hands with increasing leverage. But in the world of quantitative easing, it is cheap to lay a big bet that the industrial cycle will turn much faster than the rate cycle.

CRH agreed to pay 6.5 billion euros ($7.4 billion) for assets being disposed of as part of the merger of rival building materials groups Lafarge and Holcim.

The Irish construction group said it would place around 74 million shares to fund about 1.5 billion euros of the consideration. The remainder would be funded by debt and existing cash resources.

Cement is unloaded from a barge at a Lafarge concrete production plant in Pantin, outside Paris, April 7, 2014.

CRH agreed to pay 6.5 billion euros ($7.4 billion) for assets being disposed of as part of the merger of rival building materials groups Lafarge and Holcim.

The Irish construction group said it would place around 74 million shares to fund about 1.5 billion euros of the consideration. The remainder would be funded by debt and existing cash resources.