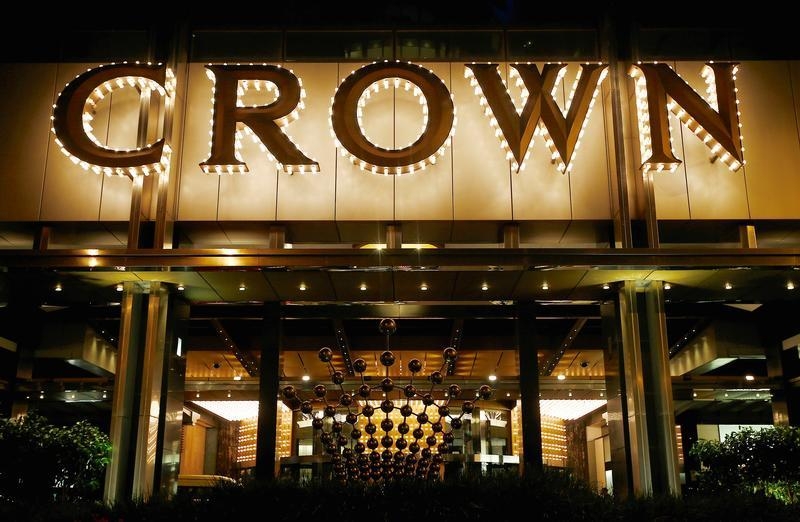 Casinos across Asia-Pacific are partly a bet on China. That’s the message from Crown Resorts, Australia’s biggest gambling company, whose shares crashed on Oct. 17 after mainland authorities detained some employees.

The irony is that Crown has actually been backing away from direct involvement with the People’s Republic. In June, investors cheered plans by Crown, which is controlled by billionaire James Packer, to split off international businesses, including a stake in Melco Crown Entertainment, the Nasdaq-listed Macau casino operator, and various other assets.

Now 18 Crown employees, including three Australians, have been hauled in by the Chinese authorities. These include a manager who serves as “Executive Vice President VIP International”. Crown has not yet learned why the employees were held – which echoes a previous case involving employees of Rio Tinto, the Anglo-Australian miner.

However, China’s broad-brush legislation means it is often possible to fall foul of a variety of ill-defined offences. Casinos cannot advertise in China but promoting gambling in other ways, such as advertising resort facilities or offering credit to high-spending clients, could also be problematic. Last October, 13 South Koreans were detained for luring Chinese gamblers to casinos in the resort of Jeju. They were released but local colleagues were jailed.

It is also not yet clear whether this episode says anything about a broader shift in Beijing’s attitudes to gambling. Signs of revival have recently emerged in Macau, the only part of China where gambling is legal, after the territory was hammered by the country’s anti-corruption campaign. Shares in Macau operators dipped on Monday. However, crackdowns are common ahead of big political meetings, such as an annual autumn gathering of the party hierarchy, so the problems could blow over.

Whether or not this means anything for Macau, though, this episode is a reminder about China’s outsize influence on the broader gambling industry. The sheers sums of money at stake mean even outfits focused on running casinos in Australia cannot ignore Chinese business. No matter if that is a risky bet.

Crown's shares fell nearly 10 percent to A$11.68 by early afternoon in Sydney, while stock in peer Star Entertainment dropped more than 5 percent.

Crown's shares fell nearly 10 percent to A$11.68 by early afternoon in Sydney, while stock in peer Star Entertainment dropped more than 5 percent.