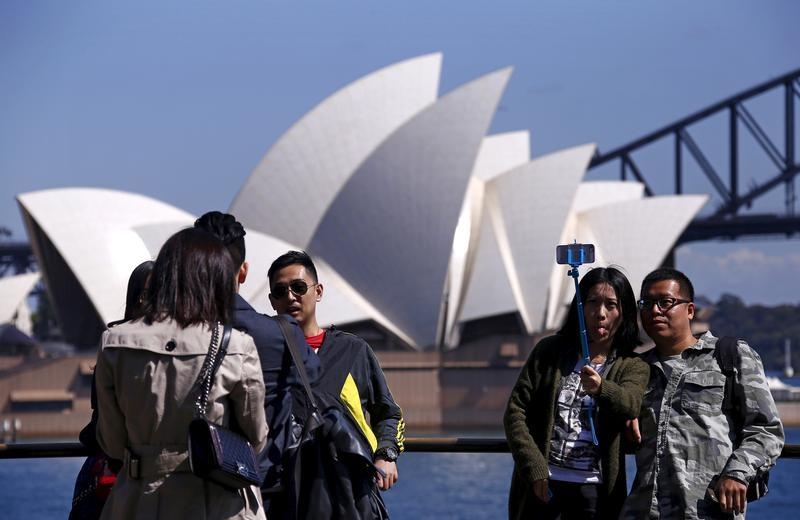 China’s top online travel group has raised at least $2.4 bln. That will help the firm backed by Baidu and Priceline diversify as local airlines fight back against its core ticketing business. If recent deal making is a guide, Ctrip’s latest haul will take it off the beaten track.

File picture of Chinese tourists taking pictures of themselves as they pose in front of the Sydney Opera House in Sydney, Australia, September 28, 2015. Australia is planning a A$40 million global tourism campaign to help fill the economic hole left by the commodities downturn, targeting a growing group of Chinese holidaymakers who favour independent itineraries over traditional large group packages. Picture taken September 28, 2015. REUTERS/David Gray/Files - RTX21YGO

At the same time, search engine operator Baidu and U.S. travel group Priceline, Ctrip's largest and second largest shareholders respectively, are purchasing a combined $125 million worth of new shares in a private placement.

Separately, the company also sold $900 million in convertible senior notes due 2022. The notes were priced with a 1.25 percent coupon and a conversion premium of 42.5 percent. Priceline also bought an additional $25 million worth of the convertible notes in a private placement at the same terms.

Ctrip said it plans to use the proceeds for organic growth, acquisitions, investments and other general corporate purposes.