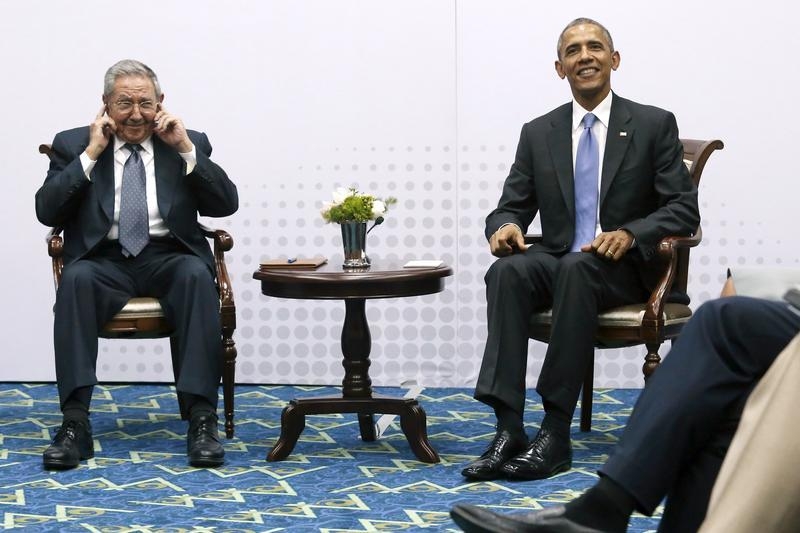 As the communist nation’s emergence takes another step with U.S. diplomatic ties restored, its neighbor Puerto Rico is descending into a debt crisis. Breakingviews imagines a future conversation between former Presidents Castro and Obama if Cuba fails to heed the warning.

The United States and Cuba formally agreed on July 1 to restore diplomatic ties that had been severed for 54 years. U.S. President Barack Obama and Cuban President Raul Castro exchanged letters agreeing to reopen embassies in each other’s capitals, with the Cubans saying that could happen as soon as July 20. The rapprochement was the fruit of secret negotiations brokered by Pope Francis and Canada.

Puerto Rico’s governor on June 29 called for the commonwealth to be allowed to restructure its debts under U.S. bankruptcy code, while a newly appointed adviser to the U.S. territory said it is “insolvent” and will soon run out of cash. Puerto Rico’s benchmark general obligation bonds traded below 70 cents on the dollar early on July 2 compared to around 77 cents during the last week of June.