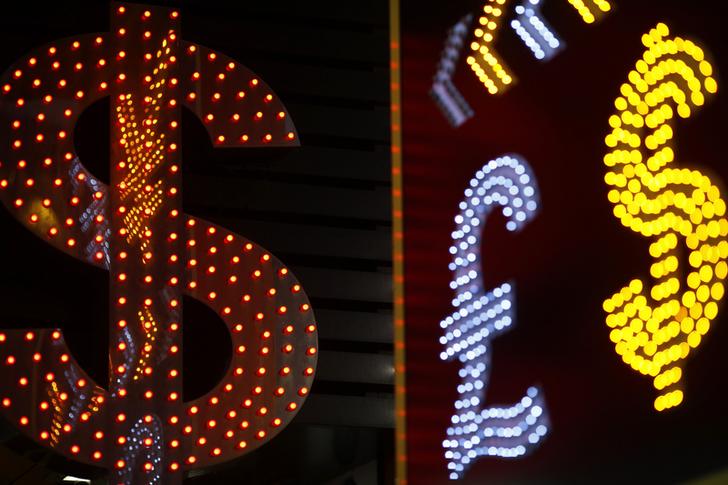 On the surface, currency trading has recovered from brutal swings triggered nearly two weeks ago when the Swiss National Bank suddenly abandoned its franc cap. But look a little deeper, and there are still signs of trauma. A surprise policy easing from Singapore on Jan. 28 will add to the market’s unease.

For the franc, post-shock liquidity remains patchy. There has been a widening of the bid-offer spread, the gap between the price at which traders are willing to buy the Swiss currency and the one at which they will sell. Against the dollar, this spread was 10 times wider during the past few trading days than its 2014 average, Deutsche Bank strategists say.

No wonder. Many dealers were burned when the SNB jettisoned its cap on Jan. 15 and the franc rocketed by as much as 40 percent against the euro. Even banks which managed not to lose money in the biggest intra-day currency move in living memory will be more cautious.

There have also been some perplexing price moves. The euro gained 2 percent against the Swiss franc during European morning trading on Jan. 27, only to cede most its gains within a couple of hours. Traders scrambled for an explanation. Perhaps there was an unwinding of short euro positions or maybe the SNB was intervening to weaken its currency.

The twitchiness is understandable: there is high uncertainty about what Swiss policymakers are up to. Rising cash balances in the commercial banks’ accounts at the central bank suggest the SNB has been intervening. But with the currency cap gone, traders are in the dark about the central bank’s tactics and strategy.

The Singapore example could be pertinent. An SNB official has said that the city-state’s policy of keeping the Singapore dollar within an undisclosed trading band against a basket of currencies “deserved closer examination.” As Wednesday’s move by the Monetary Authority of Singapore shows, this approach can also invite surprises.

If Switzerland is anything to go by, currency traders are going to have to get used to a more ambiguous world.

Dollar signs are seen alongside the signs for other currencies at a currency exchange shop in Hong Kong November 1, 2014.

Singapore’s central bank unexpectedly eased monetary policy on Jan. 28 by reducing the slope of its policy band for the Singapore dollar. It said the inflation outlook had “shifted significantly” since its last review in October 2014.

Swiss National Bank Vice Chairman Jean-Pierre Danthine told the TagesAnzeiger daily in an interview published on Jan. 27 that the central bank was ready to intervene to ease monetary policy.

SNB data on Jan. 26 showed that the amount of cash commercial banks hold with the central bank rose the most since at least March 2013, suggesting the central bank intervened to keep the franc down despite scrapping a cap against the euro.