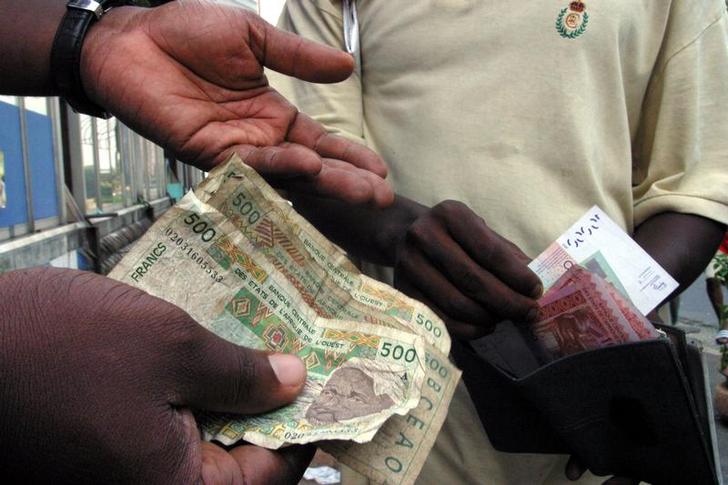 A positive balance of payments will be the key African success factor in 2015. Rapid growth is likely to continue. The IMF predicts 5.8 percent GDP growth for sub-Saharan Africa, up from 5.1 percent in 2014. However overspending, overborrowing and – in some countries – Ebola could cause trouble.

The financial world looks less friendly to debtors with the U.S. Federal Reserve no longer buying bonds. The worst affected countries will be those with the most need to borrow and the highest risk of not being able to repay. In that environment, it is worrying that the IMF sees the current account deficit in sub-Saharan countries widening from 2.6 percent of GDP in 2014 to 3.2 percent of GDP in 2015, or from $43 billion to $57 billion.

The aggregate number hides the especially poor condition of the weakest economies. No fewer than 15 countries in the region will have current account deficits in excess of 10 percent of GDP. The explanations vary. Liberia and Guinea have seen their economies hurt by the Ebola outbreak. Central African Republic and Equatorial Guinea are just in a horrid economic mess.

Still, three of the current account worries, Rwanda, Tanzania and Uganda, have recently been celebrated for their economic management and are currently enjoying rapid growth. Their recent renaissance could easily come to a sticky end.

It’s not all gloom. Six countries on the IMF list are expected to run current account surpluses in 2015. For that group, which includes Nigeria, Africa’s largest economy, and Botswana, generally praised for its economic management under President Ian Khama, as well as Zambia, financing should not be a problem. Nigeria’s ability to control Ebola – assuming that success is sustained – will increase confidence in President Goodluck Jonathan’s stewardship.

Indeed, the African continent’s heartfelt wish for 2015 must be that Ebola does not spread. In many countries, the next desire should be for a reduction in foreign borrowing and improvement in their balance of payments. Without that, it will be hard to prolong their new prosperity into 2016 and beyond.