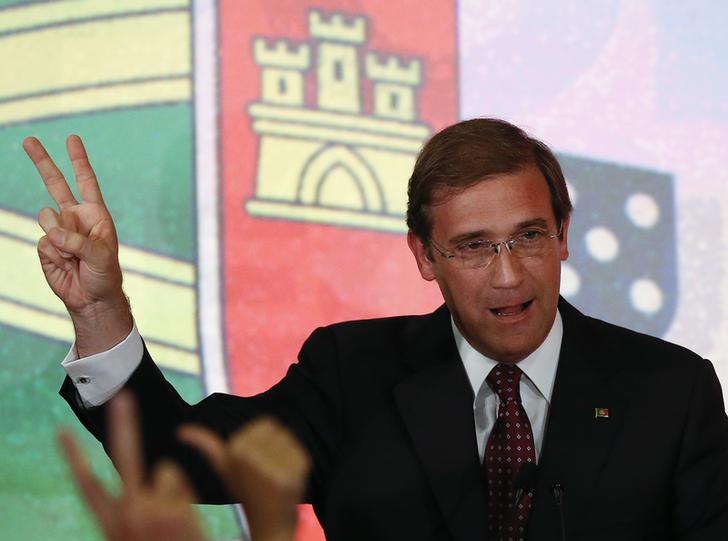 The European Central Bank mustn’t shirk from cutting Portugal’s lifeline. Canadian rating firm DBRS is the implausible arbiter of whether the country keeps its access to European Central Bank bond-buying. A downgrade could make it ineligible, punishing Portuguese bonds. But given a compromise could be messy, tough love might actually help.

DBRS is the last of the large rating firms the ECB uses to gauge creditworthiness that still considers Portugal investment-grade, the cut-off point for bond buying. The ascent of a socialist government and potentially long-lasting political instability could compromise that rating – if not now, then relatively soon.

Cutting Portugal off could be dramatic. In 2013, Italy was gripped with similar instability, and its 10-year bond spreads rose over 100 basis points higher than Portugal’s today. Cyprus was late to gain access to the programme in 2015, and its spread over German bunds was over 5 percent. Beyond Portugal, the move would highlight the limits of the ECB’s ability to drive markets.

None of the workarounds look easy. Portugal could accept a bailout, but that looks unlikely straightaway. Or the ECB could compromise, by for example relying instead on the European Commission’s surveillance programme. Yet that is a highly politicised and flawed process.

Cutting Portugal off could be the least bad option. It would reinforce ECB independence and the rules it sets. Portugal’s government would have to keep markets onside, limiting its ability to irresponsibly unwind reforms. While relying on a rating is far from perfect, until the euro zone has a better system, the ECB should stick with it.

In order to qualify for quantitative easing (QE), the ECB demands that either Moody’s, Standard & Poor’s, Fitch or DBRS rate a country as investment grade, or that a country is compliant with a bailout.

DBRS is the only one of the four to rank Portugal as investment grade, with a BBB (low) rating and a stable trend. A one-notch downgrade at its scheduled ratings review on Friday would send Portuguese debt into junk territory.

“We tend to look at long-term issues but we will also discuss the recent political developments and the increased uncertainty surrounding that,” DBRS’s lead analyst for Portugal, Adriana Alvarado, told Reuters on Tuesday.