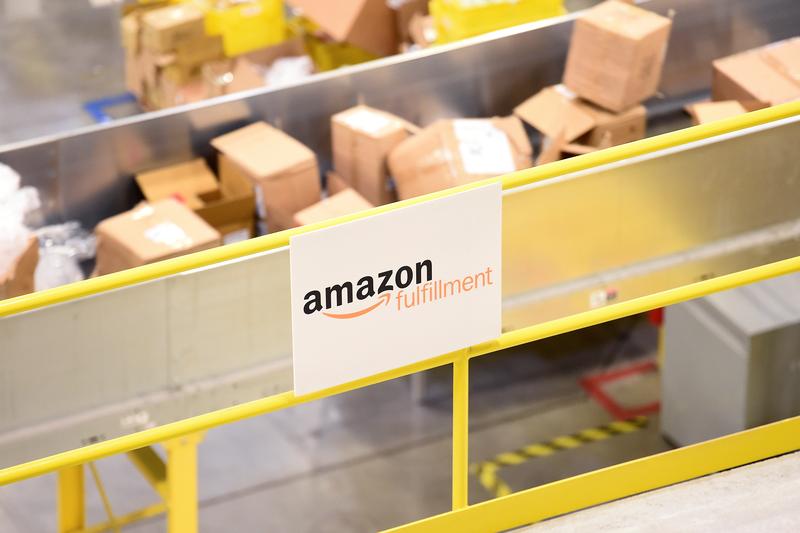 Boxes move along a conveyor belt at an Amazon Fulfillment Center on Cyber Monday in Tracy, California, U.S. November 28, 2016.

The five-day total for e-commerce sales in the United States increased 15.2 percent year-over-year to $12.8 billion. Black Friday sales rose 21.6 percent to $3.3 billion while Cyber Monday sales were up 12.1 percent to $3.4 billion, according to Adobe, which tracks 80 percent of all online transactions from the top 100 U.S. retailers.

Same-store sales at retail outlets on Thanksgiving and Black Friday increased 8.6 percent this year, according to First Data, which tallies point-of-sale transactions. The average ticket item rose to about $75 from just under $73 last year.

Analytics provider RetailNext, however, reported a decrease in U.S. store sales of 4.2 percent for the holiday weekend on a 4.4 percent decline in store traffic compared with the same period a year ago.

An earlier survey of expected spending conducted by the National Retail Federation and Prosper Insights & Analytics suggested more than 154 million consumers would shop over the Thanksgiving weekend, up from 151 million shoppers in 2015, and that they would spend on average $289 each, down from $300 a year ago. The survey found 44 percent of consumers going online, and 40 percent in stores.

The Conference Board on Nov. 29 said consumer confidence in the United States increased sharply in November when compared to October and is now at pre-recession levels. The index stands at 107.1, up from 100.8 in October.