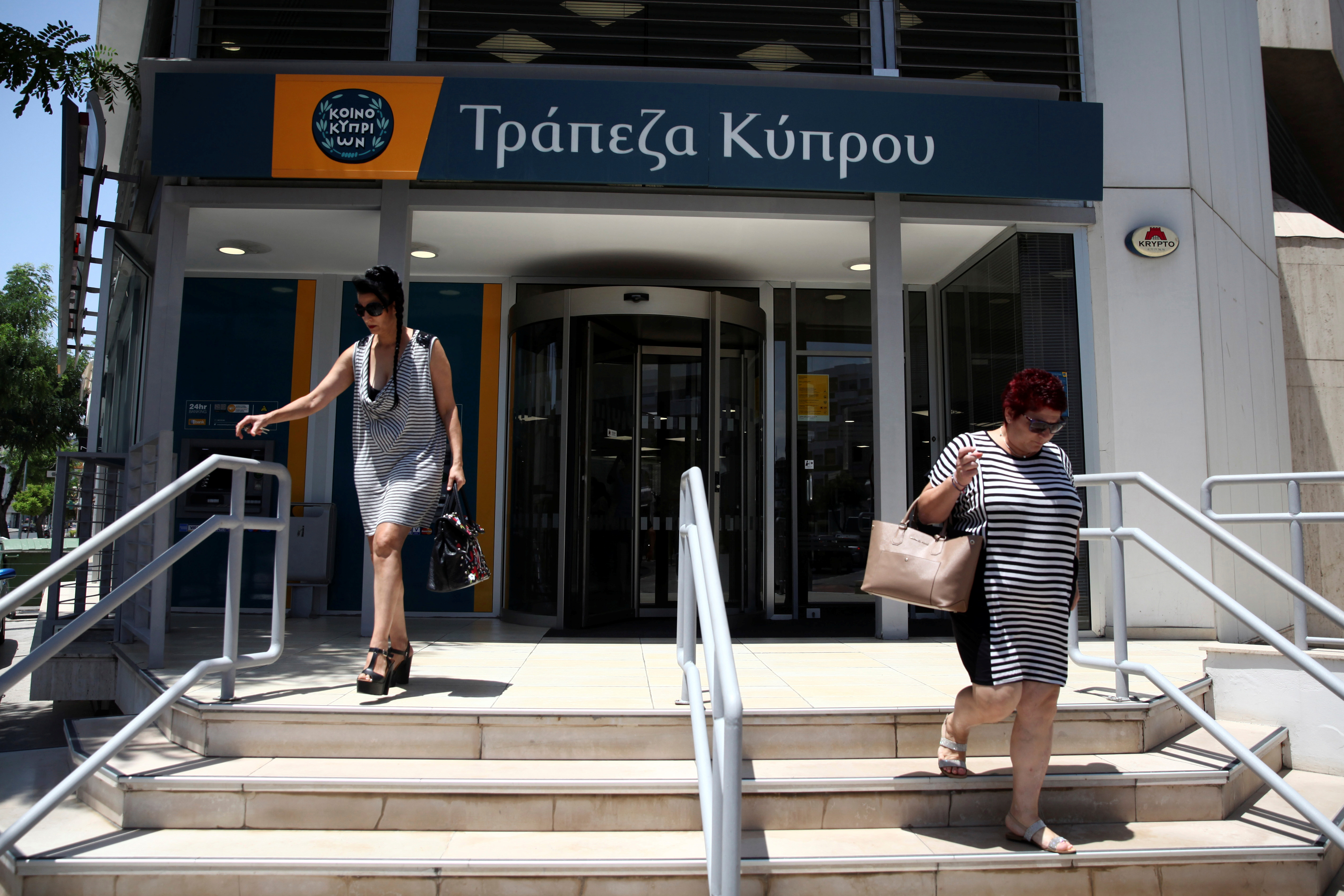 Bank of Cyprus will sell 2.7 bln euros in non-performing loans to private equity group Apollo. A price of nearly half book value is higher than comparable deals in Italy or Greece, thanks to government reforms. That should lead to healthier, more profitable banks.

People exit a branch of the Bank of Cyprus in Nicosia, Cyprus June 30, 2016. REUTERS/Yiannis Kourtoglou

Bank of Cyprus said on Aug. 28 it would sell 2.7 billion euros of non-performing loans to Apollo Global Management, the US private equity company.

Following the transaction, the bank’s bad-debt ratio will fall from 43 to 38 percent of gross lending.

Bank of Cyprus separately announced a half-year loss before tax of 50.9 million euros in the six months to end-June, compared to a pre-tax loss of 481 million over the same period in 2017.

Shares in the London-listed lender rose by around 2 percent to 2.4 euros at 0820 GMT.