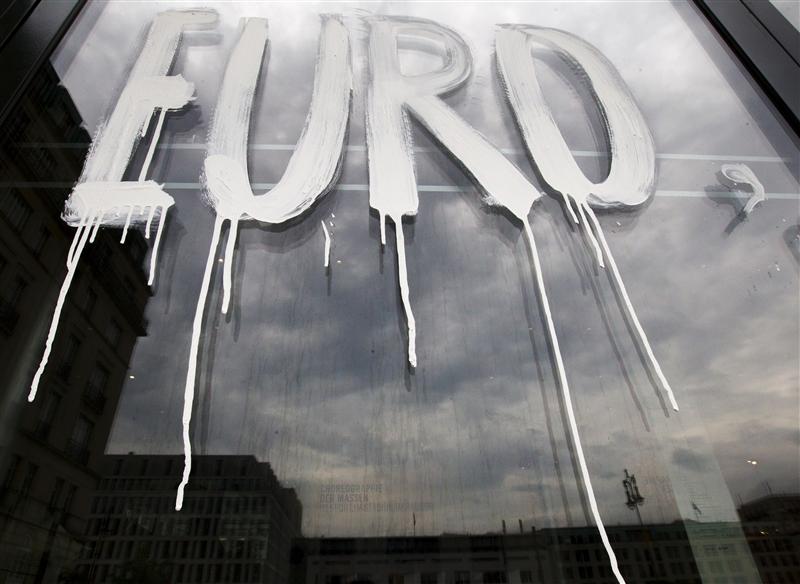 The ECB has not explicitly threatened to throw Cyprus out of the euro zone. Rather, it has said it will only lend to solvent institutions and that a bailout would ensure the solvency of Cyprus’ banking system. Cutting off the banks could be the first step to an exit. Without an extension of the ECB’s 9 billion euros of so-called emergency liquidity assistance (ELA), the banks would collapse, forcing the government to impose capital controls or print money.

The Cypriot parliament’s rejection of the euro zone’s bailout proposal agreed last Friday night has put the ECB on the spot. And it is easy to see Nicosia being tempted to call the central bank’s bluff. The reality is that pulling ELA isn’t easy. The ECB governing council needs a two-thirds majority to stop the operation, so just eight out of 23 members could keep liquidity flowing.

And some members may have doubts. The argument that the ECB can’t lend to insolvent banks looks lame. The ELA given to now insolvent Anglo Irish Bank was three times that provided in Cyprus. If the ECB had to fund all the country’s deposits, its total exposure would be less than its Italian government bond holdings. Balance that with the unpredictable fallout from a Cypriot exit. Depositors might flee banks across the periphery. The ECB would have to pump liquidity into the banking system and buy government bonds. That’s tricky while there is no government in Italy.

Still, providing liquidity to a government that refused to cooperate would be a dangerous precedent. An exit from the single currency is probably manageable given Cyprus’ small size – gross domestic product is less than 0.2 percent of the euro zone total. Moreover, it is not necessarily the case that an exit would increase the chances of Italy or Portugal leaving – Nicosia’s economic and political situation is unique. The sight of a painful departure may even quell euro scepticism in the periphery.

The ECB doesn’t need to decide until Cyprus’ banks are close to re-opening. Even then, there may be a way of buying time, such as short-term capital controls. Still, the threat is real even if an exit is undesirable. And its credibility makes Cyprus more likely to step back from the brink.

The European Central Bank said on March 21 that its governing council agreed it would maintain special liquidity support for Cyprus’ banks only until March 25.
“Thereafter, Emergency Liquidity Assistance (ELA) could only be considered if an EU/IMF programme is in place that would ensure the solvency of the concerned banks,” it said.
Joerg Asmussen, an executive board member of the ECB told Die Zeit newspaper that the central bank could not provide Cypriot banks with funding if the country does not accept a bailout.
“We did not threaten (to cut off liquidity), but just pointed out as a matter of fact that we can provide emergency liquidity only to solvent banks and that the solvency of Cypriot banks cannot be assumed if an aid programme is not agreed on soon, which would allow for a quick recapitalisation of the banking sector”, he said in comments published on March 19.
Cypriot banks are borrowing around 9 billion euros from their national central bank, most of it emergency liquidity assistance.