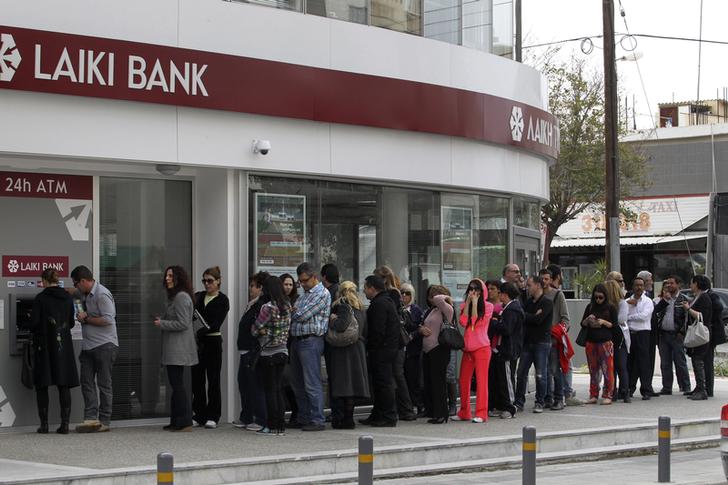 The stricken state’s politicians are to vote on a new rescue plan. Stuffing some large depositors into a bad bank is fairer than taxing small savers. But a Cypriot plan to set up a multi-billion euro sovereign fund looks rickety and isn’t impressing the country’s euro partners.

Cypriot politicians are to vote on a new bailout package to raise 5.8 billion euros ($7.5 billion) as part of a larger support programme from the euro zone.
Central bank governor Panicos Demetriades said parliament would be asked to wind up Laiki, Cyprus’s second-biggest lender, and split it into a “good” and “bad” bank.
Larger deposits and non-performing loans would be folded into the latter, while insured depositors with less than 100,000 euros would be placed in the good bank.
The winding down of Laiki would save Cyprus 2.3 billion euros, according to Averof Neophytou, the deputy leader of the DISY party. He said the move would not affect 361,000 out of 379,000 accounts in the bank that contained less than 100,000 euros, according to Ekathimerini, the Greek language newspaper.
The remaining 3.5 billion euros could come partly from a newly proposed investment fund that would contain social security fund reserves, state assets, Church property and expected natural gas revenues.
The vote was originally expected to take place at 0800 GMT on March 22 but has been delayed. A government spokesperson was due to make a statement at 1000 GMT.
(This article was corrected on March 22 to fix figures in the discussion of a sovereign wealth fund in paragraph 5.)