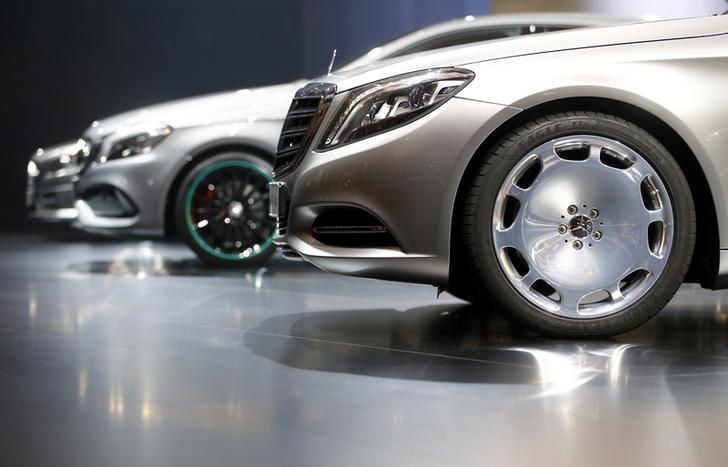 Ola Kaellenius may finally get the financial performance of Mercedes-Benz to match its luxury cachet. The Daimler boss on Tuesday presented an ambitious plan to slash costs at the German company’s flagship brand and boost sales of high-end vehicles. Hitting the new goals would boost the automaker’s operating profit. Even so, it may only catch up with, rather than overtake, rival BMW.

Kaellenius said he would cut fixed costs at Mercedes-Benz, which accounts for 54% of Daimler revenue, by one-fifth by 2025 from 2019 levels. That will be achieved by slashing research and development and modifying production capacity to focus on the most profitable vehicles, including a doubling of Maybach limousines and ramping up of the AMG racing brand. He reckons doubling down on premium vehicles will result in a double-digit operating profit margin and a minimum high single-digit figure, even under unfavourable market conditions.

Granted, Mercedes’ operating margin was less than 4% last year, compared with BMW’s 7%. Realistically, Kaellenius is more likely to eliminate the gap with his Bavarian rival, rather than overtaking it. Similarly, his ambition of boosting sales of electric vehicles to up to half of Mercedes’ total by 2030 is roughly on par with BMW’s goal. Still, the financial rewards could be sizable. Assuming sales grow by 1.7% annually, as the company indicated, then Mercedes-Benz underlying operating profit could grow by 61% to 9.4 billion euros by 2025, on Breakingviews calculations which use a 9% margin. That would be nearly as much as Daimler group’s entire underlying profit in 2019.

Kaellenius had his work cut out going into Tuesday’s strategy revamp. Pandemic-thwacked sales saw Daimler report a 1.7 billion euro net loss in the first half. And he was forced to pay out 2.2 billion euros to settle a diesel miss-selling scandal in the United States that occurred during his predecessor’s tenure. Investors have, however, kept faith. Daimler shares have declined by just 2% so far this year, compared with a 13% drop in the benchmark STOXX Europe 600 Automobiles index. With Kaellenius steering in the right direction, that faith may finally be rewarded.

A Mercedes-Maybach is seen before German Chancellor Angela Merkel makes an opening tour of the Frankfurt Motor Show (IAA) in Frankfurt, Germany September 17, 2015.

Daimler said on Oct. 6 it would cut fixed costs at its flagship Mercedes-Benz brand by one-fifth by 2025 compared with 2019 by reducing spending and personnel costs and by capacity adjustments.

Ola Kaellenius, chairman of Daimler’s board of management, said the aim was to raise the luxury carmaker’s operating margins to “within a mid to high single-digit range, even under unfavorable market conditions”.

The company also said its ambition was to achieve a double-digit operating margin by doubling sales of Maybach branded cars, and ramping up sales of AMG and G-Wagon derivatives of the Mercedes brand.