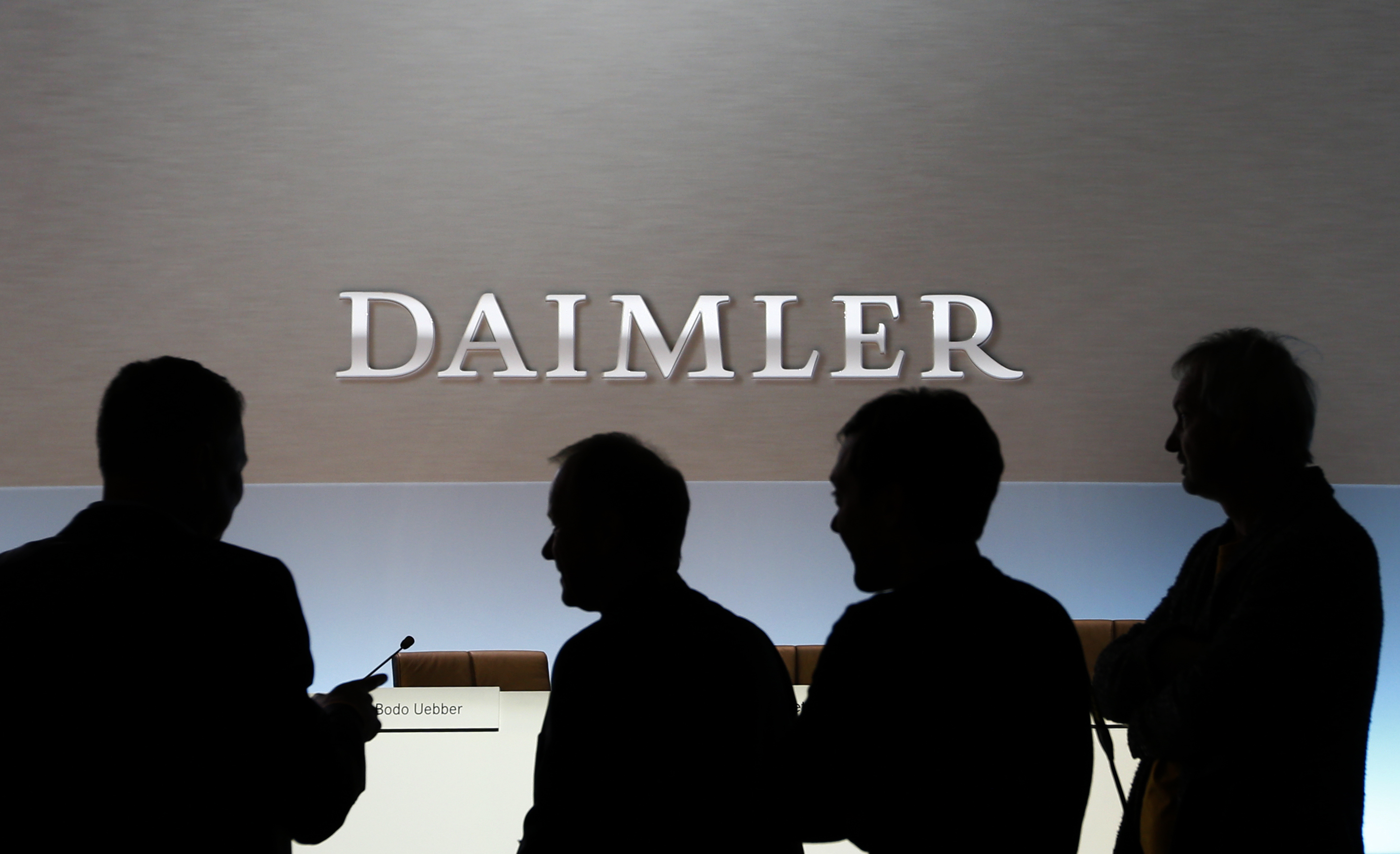 Two days after the September resignation of Volkswagen boss Martin Winterkorn over emissions manipulations, German rival Daimler issued a press release as unambiguous as one can be. “We categorically deny the accusation of manipulating emission tests regarding our vehicles.” A device to cheat on emissions tests “has never been and will never be used at Daimler,” the group said. Later, the $80 billion giant said Deutsche Umwelthilfe, an environmental group that kept suggesting otherwise, acted “in a dubious way as is usual with it,” and threatened to sue for financial damages.

This emission snootiness has now ground to a halt. On the same day Volkswagen unveiled an agreement with U.S. regulators over its dirty diesels, Daimler revealed that the U.S. Department of Justice had put its own emissions in the crosshairs.

The group is now conducting an internal probe into its emission certification process. It said it would look at “possible indications of irregularities,” without giving more details. Investors promptly knocked more than 6 percent off Daimler’s share price, wiping almost 5 billion euros off its market cap.

This may yet prove an overreaction. The fact that emissions in real life are higher than legal benchmarks is an industry-wide issue. It does not automatically suggest cheating. So far, emissions are tested only in laboratory test cycles, which poorly reflect real driving conditions and have many legal loopholes.

It is also possible that any emissions infringements are technical, relating to disclosure oversights: all modern cars are equipped with software that controls and tweaks emission control systems in certain situations, for instance to protect the engine from damage during starting or in cold temperatures. These so called “auxiliary emission control devices” are legal, but only if they are fully disclosed and explained to authorities during the registration process. Otherwise, U.S. law treats them as a deliberately misleading defeat device – which is how Audi tripped up in the U.S. with regard to its 3-litre diesel engines.

All that said, VW presents a hair-raising glimpse of what could happen if the U.S. authorities uncover something more nefarious. Daimler shareholders have good reason to feel edgy.

Journalists wait for the start of the Daimler annual news conference in Stuttgart, Germany, February 4, 2016.

German automaker Daimler said on April 21 it was conducting an internal investigation of its certification process for diesel exhaust emissions in the United States, at the request of the Justice Department.

“Daimler is cooperating fully with the authorities,” the company said in a statement issued late on April 21. “Daimler will consequently investigate possible indications of irregularities and of course take all necessary actions.”

Daimler finance chief Bodo Uebber declined to comment further on the investigation in a conference call on the company’s first quarter earnings on April 22. Daimler shares were down 5.2 percent to 63.2 euros at 0900 BST.

From January to March, Daimler’s earnings before interest and tax (EBIT) from ongoing business fell to 2.68 billion euros, down from 2.93 billion in the year-earlier period, but they were still above a consensus of 2.60 billion euros forecast in a Reuters analysts’ poll.