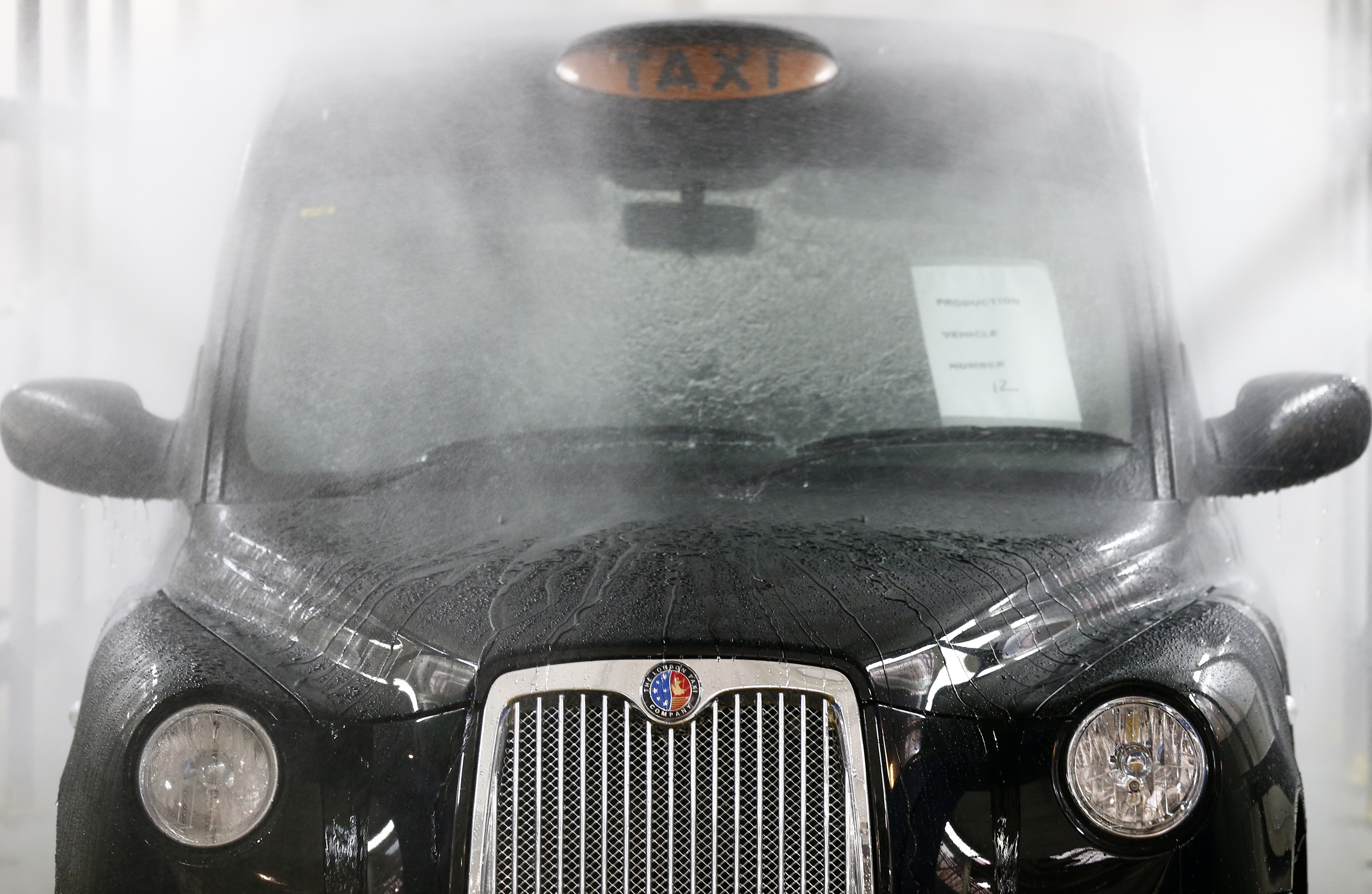 A taxi is washed on the production line at the London Taxi Company in Coventry, central England, September 11, 2013. Full-scale production of black cabs has restarted at the London Taxi Company (LTC), previously known as LTI, went into administration in October 2012 and was bought by Chinese firm Geely six months ago. REUTERS/Darren Staples (BRITAIN - Tags: BUSINESS TRANSPORT) - RTX13HLY

Daimler's Mytaxi said it will merge with British rival Hailo in an all-share deal, creating Europe's largest smartphone-based taxi-hailing business. The merged entity, which will operate under the Mytaxi brand, will have 70 million passengers and 100,000 registered taxi drivers in over 50 cities across nine countries in Europe, the companies said.

Daimler will own 60 percent of the enlarged company, while the current owners of Hailo will own 40 percent. The companies did not disclose further financial details. Hailo’s Chief Executive Andrew Pinnington will be CEO of the merged company, which will be headquartered in Hamburg.