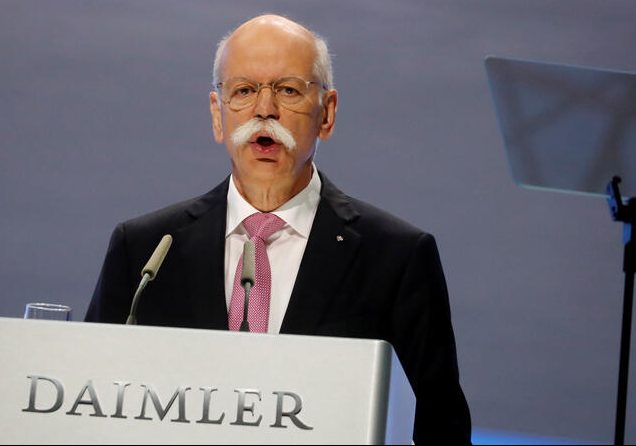 Ex-CEO Dieter Zetsche is not taking charge of the $55 bln Mercedes maker’s supervisory board. That’s a rare win for critical shareholders. Still, the company’s plans to almost double its share of battery cars are behind rival BMW. Daimler could use an outsider at the wheel.

Zetsche, 67, a former head of the Mercedes-Benz brand, was due to take a seat as chairman of the board of directors at the Stuttgart-based company after a two-year cooling off period. But in an interview with the Frankfurter Allgemeine Sonntagszeitung published on Sept. 27 he announced that he would renounce his position, breaking a decades old practice among German companies of promoting former executives to the supervisory board.

"This enables Daimler to reorient itself under new management, a step which from our point of view is necessary," Michael Muders, a fund manager at Germany's Union Investment, told Reuters.