Trouble in the pipeline 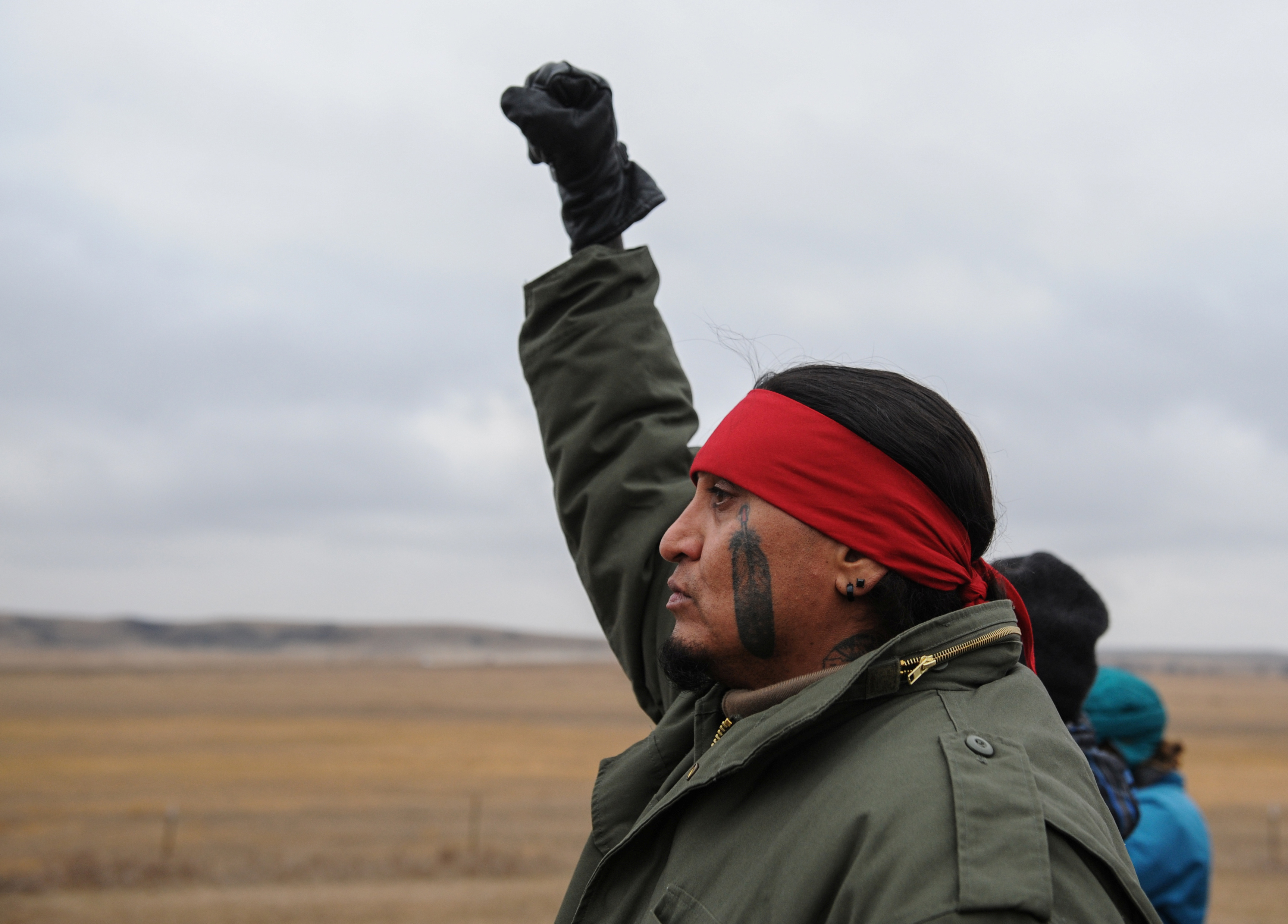 The Obama administration nixed a key permit for an Energy Transfer oil plan after an uproar by Native Americans and activists. President-elect Trump’s love of fossil fuels, including $1.5 trln worth on tribal lands, augurs a tougher fight against pollution and climate change.

Protesters block highway 1806 in Mandan during a protest against plans to pass the Dakota Access pipeline near the Standing Rock Indian Reservation, North Dakota, U.S. November 23, 2016.

The U.S. Army Corps of Engineers said on Dec. 4 that it had rejected an application to allow Energy Transfer Partners' Dakota Access Pipeline to tunnel under a reservoir on the Missouri River. The decision came after months of protests by Native Americans and activists, who argued that the 1,172-mile project would damage sacred lands and could contaminate water supplies.

Energy Transfer and its subsidiary Sunoco Logistics Partners called the decision a "political action." They said they do not intend to reroute the pipeline, which would run under Lake Oahe on the Missouri River, near the Standing Rock Sioux Reservation.

President-elect Donald Trump said on Dec. 1 that he supports the completion of the project.

A group of advisers to Trump on Native American issues has proposed privatizing some 56 million acres of tribal lands, a move that could make it easier to develop their rich oil reserves, Reuters reported on Dec. 5.