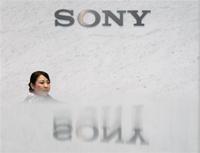 Dan Loeb is taking Japan’s economic renaissance at face value: the hedge fund manager wants Sony to spin off its entertainment arm. Though activists rarely prevail in Japan, Loeb’s idea may have merits. The electronics giant should take him seriously.

Compared to his sometimes caustic attacks on U.S. corporations, Loeb’s May 14 letter to Sony Chief Executive Kazuo Hirai is studiously polite. He argues that Sony’s movie and music operations aren’t performing as well as some peers, and would do better if publicly listed. Loeb suggests an IPO of 15-20 percent of the entertainment unit, raising 150-200 billion yen ($1.5-$2 billion) that Sony could use to help turn around its troubled electronics businesses. What’s more, Loeb’s Third Point fund is willing to underwrite the offering without charging a fee.

The merits of Loeb’s plan are open to debate. Sony has long argued that movies and music help its hardware business – for example, by turning blockbusters into Playstation games – though it has struggled to quantify those benefits. Unlike rival Sharp, Sony is not desperate for cash. Hirai, who took charge a year ago, can claim that his turnaround plan needs to be given more time. Besides, Sony is not exactly a troubled stock: its share price has doubled since the beginning of the year, helped by the falling yen.

Yet it would be a mistake to dismiss Loeb out of hand: his proposal values the entertainment businesses at more than half Sony’s current market capitalisation. As he has demonstrated at Yahoo and elsewhere, he is not scared of a drawn-out public fight. Most importantly, Third Point controls – directly and through swaps – around 6.3 percent of Sony. That alone should assure the fund a serious hearing.

Sony’s initial response – that its entertainment businesses are not for sale – is therefore disappointing. It’s true that Japan tends to give short shrift to activists: even the Olympus scandal didn’t rouse the country’s institutional investors. But Sony – and the rest of Japan Inc – should reflect that the recent stock-market revival rests in part on a belief that entrenched attitudes are shifting. Dismissing Loeb out of hand would suggest that optimism is misplaced.

Third Point, the activist hedge fund run by Dan Loeb, on May 14 called on Sony to sell part of the Japanese electronics giant’s entertainment business. He said a partial breakup could add as much as 60 percent upside to Sony’s share price.
In a letter to Kazuo Hirai, Sony’s president and CEO, Loeb said the company could unleash extra value for shareholders by launching an initial public offering of 15-20 percent of its entertainment business.
Loeb said a partial listing would encourage Sony Entertainment to take “a more disciplined management approach”, enabling it to improve its margins. The move would also help to reduce Sony’s debt, and allow the company to focus on its core electronics business.
An official at Sony said its entertainment businesses are important growth contributors and are not for sale.
Loeb said Third Point had exposure to 64 million Sony shares - equivalent to more than 6 percent of the company - consisting of a direct stake worth worth over 71 billion yen ($700 million) and exposure to shares worth a further 44 billion yen through cash-settled swaps.
Loeb said the entertainment IPO should take the form of an offer of subscription rights to existing Sony shareholders. He said Third Point was willing to “backstop” an entertainment IPO of up to 150-200 billion yen, assuming an offering of 15-20 percent, without demanding any fees.
Sony shares, which have roughly doubled in value since the beginning of the year, closed at 1877 yen, up 1.2 percent.