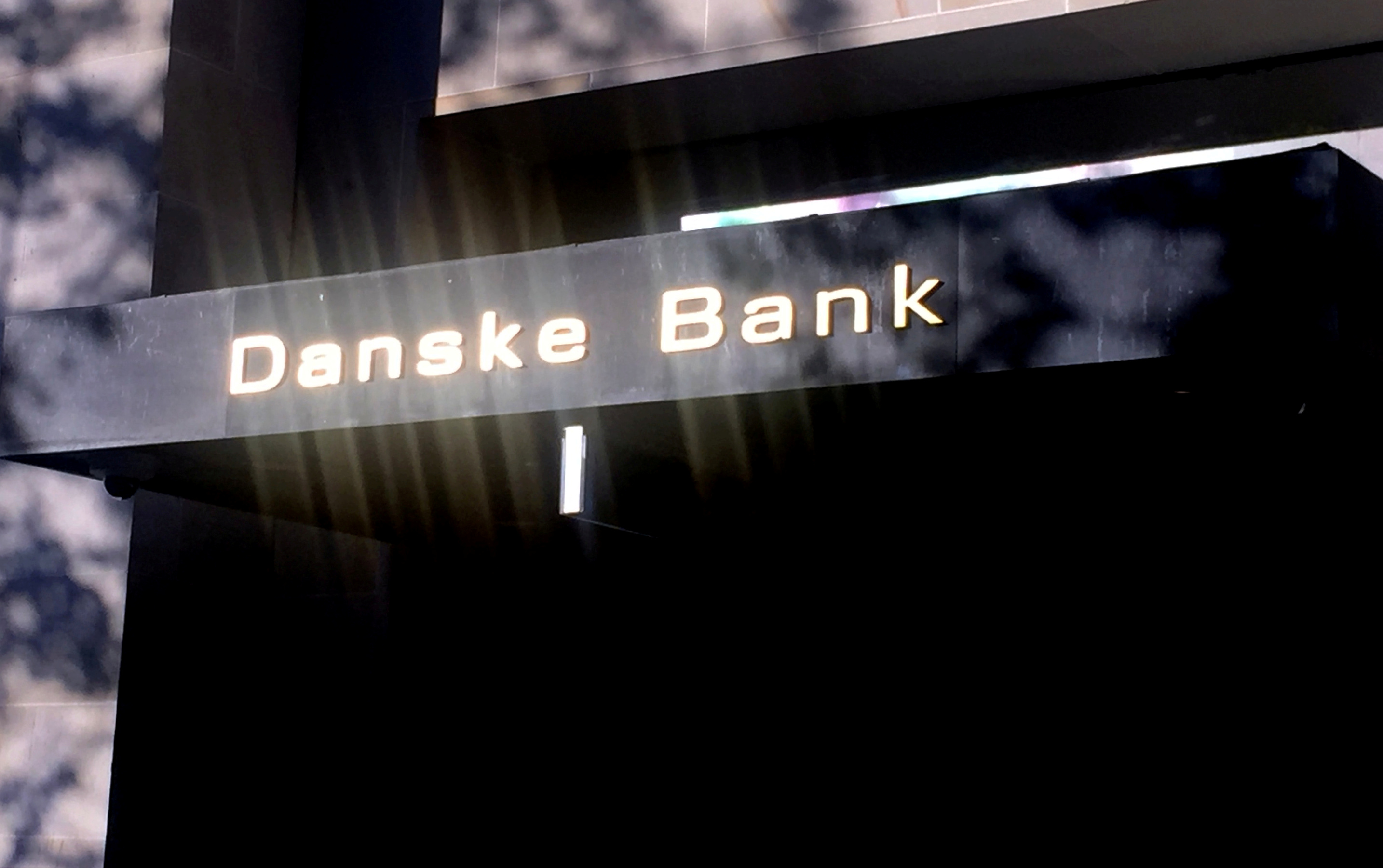 The Danish bank said it faces a U.S. criminal probe over suspicious payments in Estonia. That raises the risk that it could be blacklisted in America, which sank Latvian peer ABLV, or be fined. Even a plausible $5 bln hit would send Danske’s capital ratio below its minimum level.

Danske Bank sign is seen on a building in Copenhagen, Denmark, September 27, 2018.

Danske Bank announced on Oct. 4 that it is in talks with the U.S. Department of Justice in relation to a criminal investigation into the bank’s Estonia branch which processed 200 billion euros of potentially suspicious payments between 2007 and 2015.

“We are cooperating with the authorities investigating us as a result of the case. However, it is too early to speculate on any outcome of the investigations,” interim CEO Jesper Nielsen said in a statement.

Separately, Denmark’s largest bank by assets disclosed that it would end its 10 billion crown ($1.5 billion) share buyback programme after the country’s Financial Supervisory Authority said it must increase its common equity Tier 1 capital by the same amount “in order to ensure an adequate capital coverage of increased compliance and reputational risks”.

As a result, Danske Bank said its targeted CET1 capital ratio would increase to 16 percent from a previous target of between 14 and 15 percent. The lender’s CET1 ratio was 15.9 percent at the end of June.