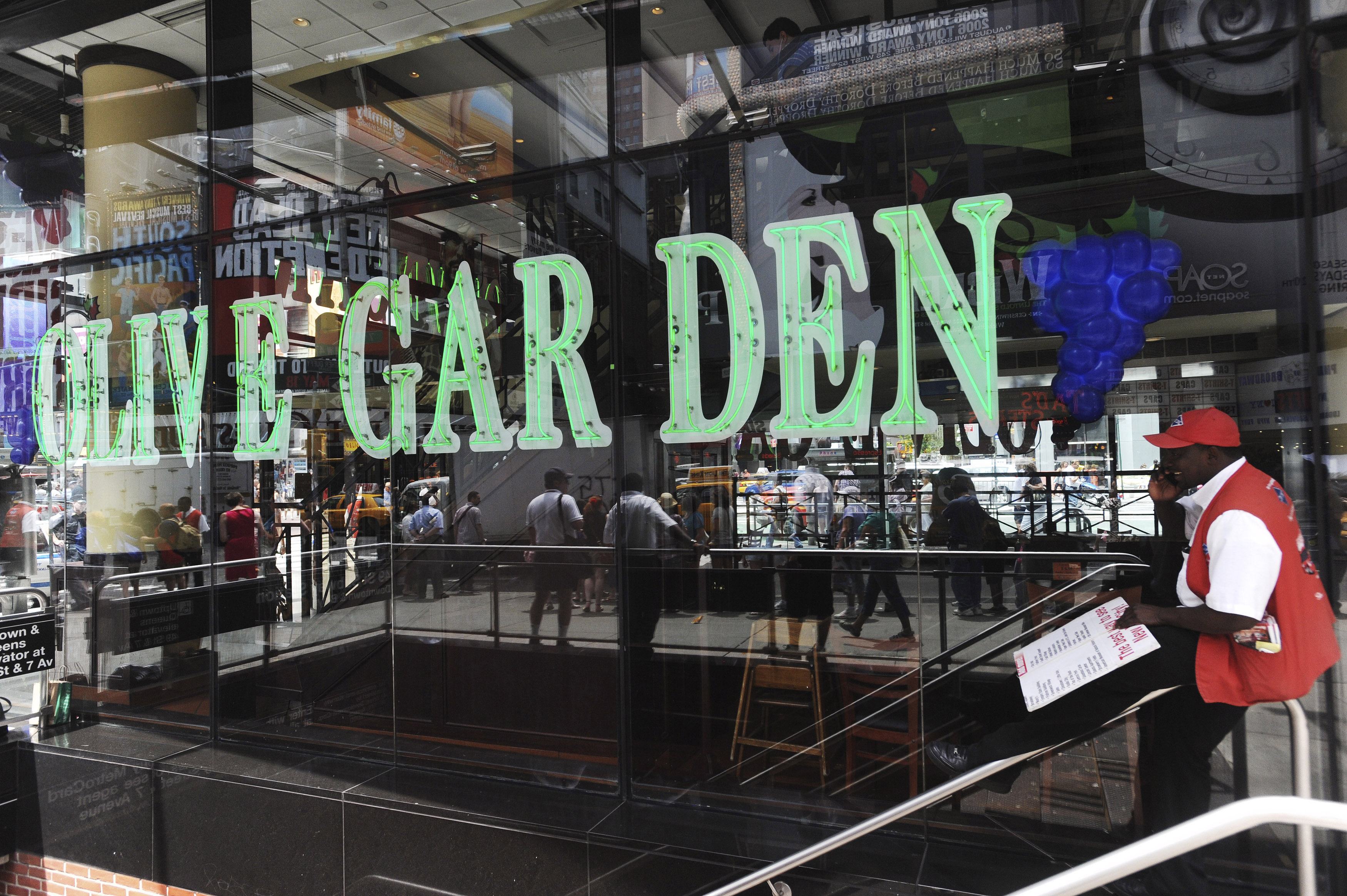 Shares of Olive Garden’s parent had their best day in nine years after snagging rival casual-dining chain Cheddar’s for $780 mln. It’s a decent enough deal, and scale helps improve margins in the restaurant trade. But it hardly merits a rally equal to the price paid.

A man talks on his mobile phone in front of the Times Square Olive Garden in New York, June 23, 2010.

Darden Restaurants DRI.N on March 27 said it would buy Cheddar’s Scratch Kitchen for $780 million. Darden, which operates the Olive Garden, LongHorn Steakhouse, Yard House, The Capital Grille, Seasons 52 and Bahama Breeze dining chains, expects to achieve between $20 million and $25 million in pre-tax synergies by 2019 from the deal.

The company also said that sales from continuing operations increased 1.7 percent to $1.88 billion in the third quarter this year versus the same quarter last year. Same-restaurant sales increased 0.9 percent. Net earnings per share increased 57.1 percent to $1.32.