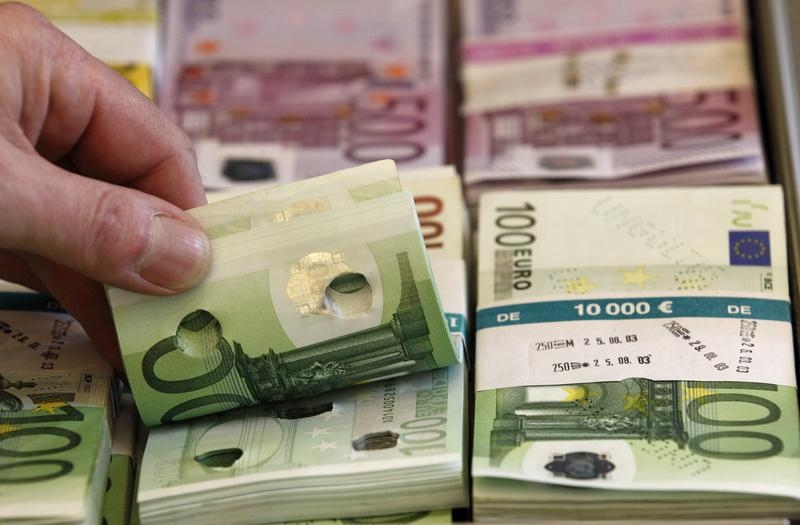 German efficiency, much praised, doesn’t apply to finance. The country’s consumers are amongst the most eager savers in the world, but their returns are miserable because of excessive risk aversion and poor portfolio choices. In the decade to 2013, private households on average lost 15 percent of their inflation-adjusted wealth, data by Berlin-based think tank DIW shows.

Each year, the homeland of Karl Marx squirrels away around 170 billion euros or 9.5 percent of households’ disposable income. The savings rate is 50 percent above the euro area’s average and twice as high as in the United States, OECD data shows. Yet adjusted for inflation, Germans are earning a pitiful annual return of just 1.5 percent on their financial assets, according to Bundesbank data.

More than a fifth of assets sit in simple bank accounts, and bear little if any interest. Even in the 1990s, when nominal interest rates were high, real returns usually languished below 1 percent. Mutual funds and stocks, which on average yield real returns of 5 percent and 8 percent, are unpopular. Only 16 percent of Germany’s household financial assets are invested on the stock market, compared to 25 percent in 2000 before the dot-com bubble left investors burned.

Overseas investments are another sorry tale. Since 2006, the country suffered a net valuation loss of more than 20 percent of GDP, DIW data shows. Before the financial crisis, the country’s huge current account surplus drove German investors to buy structured U.S. subprime mortgages and other high-yielding assets that later become toxic.

Even Europe’s richest country cannot afford such waste. If returns on total household assets rose by a mere 1 percentage point, disposable income would rise by 80 billion euros, a Breakingviews calculation shows. If households were to spend all of it, private consumption would rise by a whopping 5 percent.

Changing the investment decisions of millions of households is easier said than done. Educating households on finance would help. But policymakers could do worse than offer tax breaks or other monetary incentives to get individual investors back into the stock market. That sounds like encouraging, very un-German speculation. It should be thought of instead as another kind of sensible and entirely Teutonic engineering.

Germany’s GDP in 2015 grew by 1.7 percent, the country’s statistical office announced on Jan. 14. This was in line with the forecast of analysts polled by Reuters.

Private demand was the main driver of growth in 2015, with household consumption increasing 1.9 percent adjusted for inflation.

Punctured euro banknotes which are used to train sniffer dogs, are presented to the media during a news conference on German custom's annual statistics, in Berlin March 21, 2014.

Germany’s GDP in 2015 grew by 1.7 percent, the country’s statistical office announced on Jan. 14. This was in line with the forecast of analysts polled by Reuters.

Private demand was the main driver of growth in 2015, with household consumption increasing 1.9 percent adjusted for inflation.