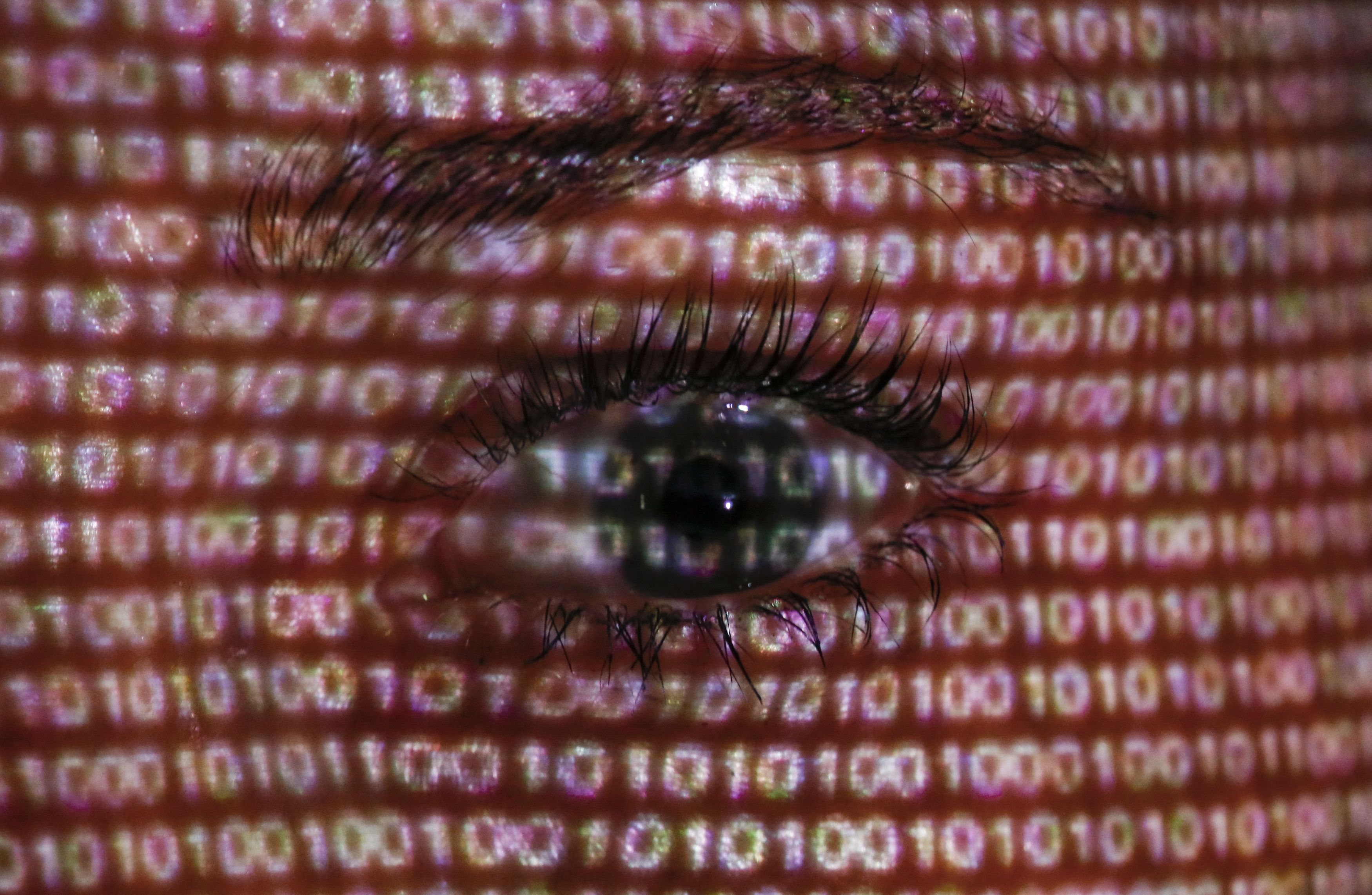 The U.S. DOJ’s Makan Delrahim and the EU’s Margrethe Vestager worry concentrations of personal information may be used to stifle competition. She has been the tougher so far, but the shared focus could hurt tech giants like Facebook and Alphabet that depend on data for profit.

An illustration picture shows a projection of text on the face of a woman in Berlin, June 12, 2013. The European Union's chief justice official has written to the U.S. attorney general demanding an explanation for the collection of foreign nationals' data following disclosures about the "PRISM" spy programme, June 12, 2013.

Makan Delrahim, the U.S. Justice Department’s assistant attorney general for antitrust, said on Sept. 28 that it’s unclear if there is credible evidence that large technology companies are stifling competition, though he has heard anecdotes. He and Margrethe Vestager, the European Commission’s competition commissioner, spoke at an Axios event. Silicon Valley is facing increasing scrutiny in both regions, though Europe has taken more aggressive action.

Both officials agreed that data is an important asset that should be taken into consideration in antitrust deal reviews and competition concerns. It’s an issue in the EC analysis of Amazon’s collection of data from third-party merchants while also seeking to sell the same products as those businesses.

Facebook said on Sept. 28 that it had discovered a security issue affecting almost 50 million accounts.