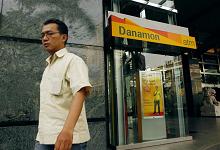 Even a 52 percent premium may not be enough to snag Indonesia’s biggest bank takeover. DBS of Singapore has offered $7.2 billion for Indonesia’s Bank Danamon in a tie-up that would benefit both banks and burnish Indonesia’s image as a hot destination for foreign investment. But with elections approaching, longstanding mistrust of Singapore could trump commercial logic.

DBS stands to get greater access to a fast-growing market; Danamon gets cheaper funding to help it shift from consumer to corporate lending. For Singapore sovereign fund Temasek, which owns stakes in both, the deal would mean a neater financial portfolio and greater control of DBS. Finally, Danamon shareholders get that generous premium.

Yet politicians are already asking what’s in it for Indonesia. Danamon’s biggest minority shareholders are foreign, not Indonesian, funds. And heightened competition from a DBS-owned Danamon could pressure margins at Indonesia’s biggest bank, government-owned Bank Mandiri.

Were it any other investor, that might not matter. But Singapore and Indonesia have a fractious relationship. Singapore is Indonesia’s biggest foreign investor, and acts as a trading hub for Indonesian commodities. Yet the wealth gap is huge, with Singapore’s GDP per capita 13 times as big as Indonesia’s. The city state is also a favoured haven for corrupt Indonesian businessmen, according to Indonesia Corruption Watch. In 1999, Indonesia’s former Vice President B.J. Habibie famously dismissed his tiny neighbour as an unfriendly “red dot” on the map.

Kiboshing the DBS deal might be a black eye for foreign direct investment, but with elections due in 2014 and FDI at records, politicians may be willing to risk it. Parliament is already considering a law to cap foreign bank ownership at 51 percent, which would turn either DBS or Temasek into forced sellers. It wouldn’t be Singapore’s first tactical retreat: in 2008, Temasek sold its 41 percent stake in one of Indonesia’s largest cellular operators to avoid losing control of another.

Indonesian officials have said approval may hinge on Singapore giving Indonesia’s banks equal access. More likely, they fear being pilloried for handing Danamon over to the little red dot. That might reassure electors, but international investors are unlikely to be so understanding.

A man walks past Danamon Bank in Jakarta

The chief executive of Singapore’s DBS Group, Piyush Gupta, said on April 11 that Indonesia would find it difficult to block its $7.2 billion bid to take over Bank Danamon based on current Indonesian rules and that any rejection could dent investor sentiment. Gupta said he was “fairly confident” of approval within six months.

DBS, Southeast Asia’s largest bank, plans to buy the 67 percent stake in Danamon held by Singapore state investor Temasek Holdings and has offered a 52 percent premium to minority shareholders to take up to the maximum 99 percent stake allowed under Indonesian law.

Muliaman Hadad, Indonesia’s deputy central bank governor, said on April 11 that Indonesia wanted equal access for its lenders in Singapore and that that would be a factor in granting approval for the deal. More than 100 banks have licences to operate in Singapore, a global financial centre, but Citigroup is the only foreign player that does not face limits on the number of branches and ATMs it can set up to tap the retail market.