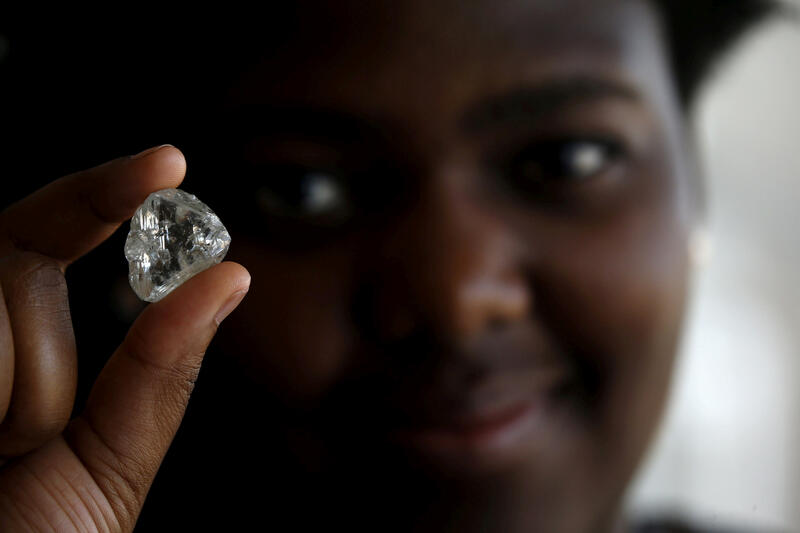 Even before Covid-19, the Anglo American-owned diamond giant’s lunch was being eaten by Russia’s Alrosa and cheaper man-made stones. De Beers still has access to Botswana’s high-quality gems. But lockdowns are blunting the edge its quirky sales method has enabled.

A visitor holds a diamond during a visit to the De Beers Global Sightholder Sales (GSS) inGaborone, Botswana November 24, 2015.

Diamond mining giant De Beers said on July 30 it would probably have to cut jobs as part of an overhaul triggered by a collapse in jewellery demand due to the coronavirus.

The company, a unit of diversified miner Anglo American, reported EBITDA of just $2 million for the first six months of 2020, compared to $518 million for the same period in 2019.

Rough diamond exports from Botswana, the source of 70% of De Beers’ diamonds, fell by two thirds in the three months to the end of June, the central bank said on Aug. 7.

Russian diamond producer Alrosa cut prices for its gems by an undisclosed amount following a 10% reduction by De Beers, Bloomberg reported on Aug. 27.