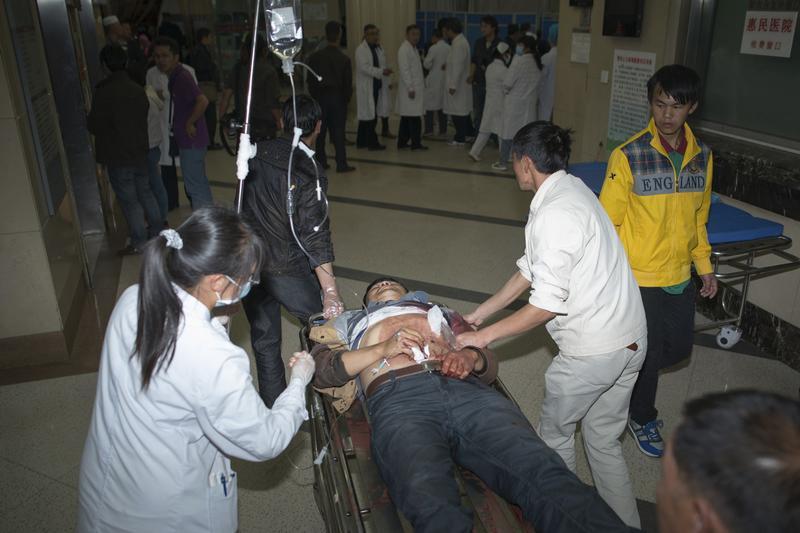 The shocking knife attack that left at least 33 dead in Kunming railway station brings a new kind of risk to China. Investors’ belief in the relative stability of the People’s Republic has allowed it to weather political purges and border disputes without upsetting asset prices or capital flows. But rising ethnic tension could lead to a damaging recalculation at a fragile time.

Political risk is a big driver of a country’s cost of capital. In China it has been low, at least over the time frame most investors care about. They remained calm during the purge of Chongqing party chief Bo Xilai, recent attacks on police stations in western Xinjiang and even an apparent suicide attack in Beijing’s Tiananmen Square. In all cases, the authorities appeared more or less in control. Compared with troubled democracies like Venezuela, Ukraine and Thailand, China’s one-party rule has been seen as an asset rather than a liability.

The latest assault, which China’s state media blamed swiftly on Xinjiang militants, looks different. The timing is important: China’s annual parliament is about to meet in Beijing. Meanwhile, the fact that it happened not in northwestern Xinjiang but in southwestern Yunnan, and targeted civilians, points to a rising risk of random violence across the country.

This may prompt domestic and international investors to reassess the risks they associate with China. Only a small increase in the cost of capital could translate into a big fall in financial markets. China’s currency, the yuan, has been sliding for two weeks. But what seemingly started as a deliberate attempt by the authorities to deter speculators could turn into capital flight if investors now decide yuan-denominated assets are more risky and volatile.

The state’s ability to crack down remains powerful, and assailants’ use of knives suggests their methods, while gruesome, are not sophisticated. But unrest in the financial world may be harder to control. Thin liquidity cushions and reliance on “shadow bank” lending make China’s financial system vulnerable to short term changes in fund flows, while even a slight recalibration of China’s risk premium will reverberate across world markets. It’s not just political stability that is being reassessed.

An injured man is pushed on a gurney at a hospital after a knife attack at Kunming railway station, Yunnan province, March 1, 2014.

China blamed a knife attack, in which at least 33 people died, on militants from the region of Xinjiang. The incident occurred on March 1 in a train station in the city of Kunming. Four of the dead were assailants shot by police.

An article on state news website Xinhua labelled the act “terrorism” and attributed it to an organised group, citing the local government’s information office. Xinjiang is an “autonomous region” in the northwest of China, while Kunming is the administrative capital of Yunnan province, in the Southwest.

President Xi Jinping called on the authorities to punish those behind the event, which state media referred to at the “3.01 incident”, in accordance with the law.

Unrest in Xinjiang has killed more than 100 people in the past year. The province, which houses a large population of Uighur Muslims, was the scene of riots in July 2009 that left 197 dead. Militants from Xinjiang were also involved in an apparent suicide attack in Beijing’s Tiananmen Square in October, according to official accounts.

China’s annual parliament, the National People’s Congress, is due to meet on March 5 for a session lasting around nine days. The meeting sees roughly 3,000 delegates from around China attend meetings in the Great Hall of the People.