Suds you can smoke 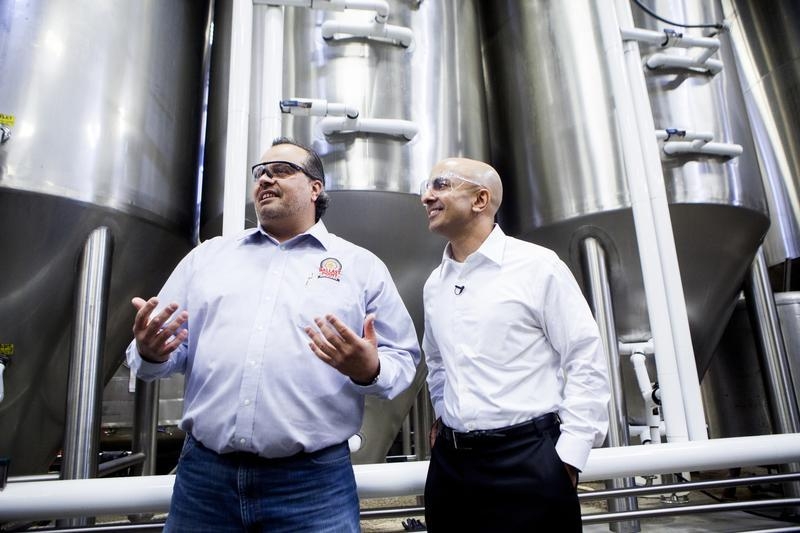 When not merging amongst themselves, the world’s biggest beer companies have been busy digesting craft brewers. It’s a strategy that has been hard to knock given how the growing interest in everything artisanal has been eroding the supremacy of brands like Anheuser-Busch InBev’s once-mighty Budweiser. Precise costs of the trend, however, have been mostly hidden from the prying eyes of shareholders – until now.

Constellation Brands, a $26 billion U.S. distributor of motley alcoholic beverages, has revealed some of the fizzy finances underlying craft brewing. Though its $1 billion acquisition of Ballast Point, maker of Grapefruit Sculpin IPA, is small beer compared to AB InBev’s $100 billion-plus takeover of SABMiller, it provides a glimpse into how much it is costing Big Beer to stay cool.

Like many of its ilk, Ballast Point is a private company and therefore doesn’t disclose much financial information. Constellation – the purveyor of Modelo’s beer brands, Svedka vodka and Inniskillin Ice Wine – says, however, that its nearly 20-year-old quarry is expected to achieve 2015 sales of $115 million. On that basis, Constellation is paying some 8.7 times sales, a multiple more suited to tech-heavy San Francisco than Ballast’s home of San Diego.

The deal promises to add 5 cents a share to Constellation’s 2017 bottom line, the company reckons. Multiply that extra profit by its number of outstanding shares and it suggests Constellation is paying 116 times for earnings expected in two years. That’s frothy for a company trading at 23 times its own estimated profit.

Craft-beer sales are growing fast, of course, and ounce-for-liquid-ounce may be more profitable than mainstream suds. The case hasn’t been clearly made, however. When SAB bought Meantime Brewing in the UK, Heineken acquired half of California’s Lagunitas or Anheuser-Busch absorbed Blue Point and other brewers, the numbers were kept sealed under the bottle caps. Constellation’s figures crack open the sobering financial reality.

Constellation Brands said on Nov. 16 it would buy Ballast Point Brewing & Spirits for about $1 billion to enter the fast-growing craft-beer market in what will be its biggest acquisition since 2012.

Ballast Point, based in San Diego, makes more than 40 different types of craft beer and its brands include Grapefruit Sculpin IPA.

The $19.6 billion U.S. craft-beer market grew by about 18 percent in barrel volume in 2014, compared with a 0.5 percent increase in broader U.S. beer volume, according to the Brewers Association.