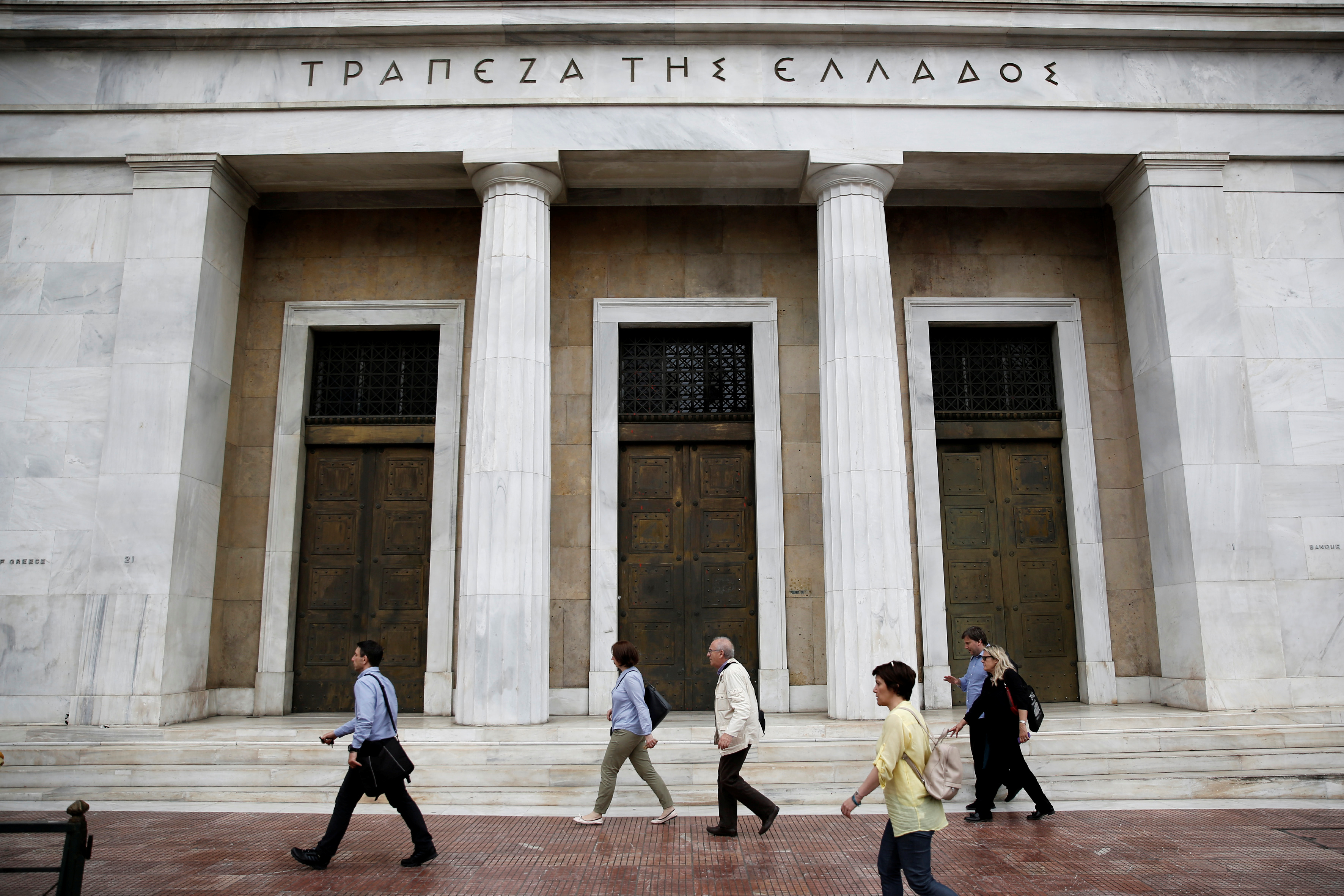 A government deal with creditors should lower funding costs for Greece’s big four lenders. With bad loans accounting for 48 percent of lending, normality remains a way off. But ending shareholder angst over debt sustainability could be the first step in banks’ rehabilitation.

People make their way past the Bank of Greece headquarters in Athens, Greece, May 16, 2017. REUTERS/Costas Baltas - RC15CBF29600

Euro zone finance ministers on June 22 agreed to give Greece additional debt relief and 15 billion euros of funds after the country leaves its bailout in August.

Greece has 323 billion euros of debt, equivalent to 180 percent of GDP, according to IMF data.

Euro zone countries will also defer interest and principal payments by 10 years on 97 billion euros of loans granted to Greece through the European Financial Stability Facility.

On June 6, Greece’s central bank reported that the stock of lenders’ bad debts decreased by 2.1 percent in the first three months of 2018 to 92.4 billion euros. They accounted for 48.5 percent of total loans. Since March 2016, when volumes peaked, bad debts have so far fallen by 14 percent, a decline of 14.8 billion euros.