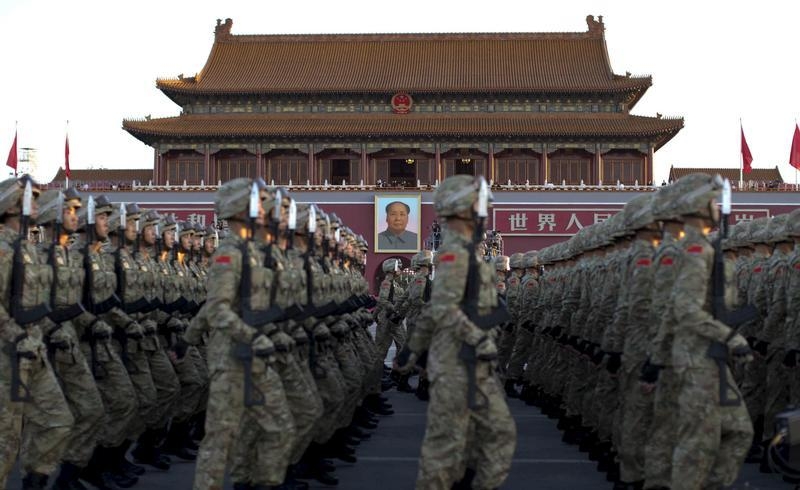 Hostility between Asia’s two biggest economies is bubbling up again. But commercial logic is pulling in the other direction: Japan’s economic success increasingly depends on China, and vice versa.

On Sept. 3, geopolitics seems to be trumping economics. China’s huge military parade to mark 70 years since the end of World War Two is a well-timed nationalistic jamboree at a difficult juncture for the Chinese economy.

Meanwhile, Japan’s military is seeking its biggest budget in 14 years, partly to reinforce its hold on uninhabited islands in the East China Sea – a claim hotly contested by Beijing. The Japanese economy, too, is struggling, as Prime Minister Shinzo Abe’s battle against deflation falters.

Still, one of Abe’s tools is a weaker yen. And that has been a resounding hit with Chinese tourists. Out of the 11 million foreign visitors to Japan between January and June, 2.8 million were from China, a 114 percent jump from a year earlier. They are spending heavily on all kinds of high-quality Japanese goods: reportedly thronging Japanese drugstores to buy Okamoto condoms, for example.

Investment is also perking up from the gloom of 2012, when disputes over the islands spawned anti-Japan riots in China. Earlier this year, trading house Itochu and Thailand’s CP Group together bought more than a fifth of China’s CITIC for $10.4 billion, the largest acquisition of a Chinese business by a Japanese investor.

However, a weak Chinese economy has seen Toyota delay a Lexus factory on the mainland. It’s also clouding the outlook for trade between the two.

This has more than trebled since 2000. But Japan’s annual exports to China have slumped more than 18 percent since Abe came to power in 2012; trade the other way has fallen 10 percent in dollar terms. Japan is also staying out of the Asian Infrastructure Investment Bank, which will finance Chinese President Xi Jinping’s new China-centred trade network.

Soldiers of the People's Liberation Army (PLA) of China march in formation past the Tiananmen Gate and the giant portrait of Chinese late chairman Mao Zedong (C) as they gather ahead of a military parade to mark the 70th anniversary of the end of World War Two, in Beijing, China, September 3, 2015. REUTERS/cnsphoto

Xi Jinping made his remarks at a medal ceremony for veterans and their descendants ahead of a Sept. 3 military parade marking 70 years since the war ended in Asia. The Chinese government says the parade, which will feature 12,000 troops, is not aimed at Japan.

Most Western leaders are staying away from the parade amidst concerns that it sends a wrong signal about China’s growing military assertiveness, Reuters reported.

“In recent times, in the face of incursions again and again by strong foes, the Chinese people have never yielded, continuing to join forces, taking up positions as those in front fall, tenaciously struggling, swearing to fight to the end,” Xi said.

Japan’s defence ministry has asked for a 2.2 percent increase in military spending to 5.09 trillion yen ($42.38 billion) for the year starting in April. The country’s biggest defence budget in 14 years is aimed at fortifying a far-flung island chain in the East China Sea. Japan and China contest ownership of these uninhabited islands, called the Senkaku by Tokyo and the Diaoyu by Beijing. Japan administers the chain.

China’s military budget for this year rose 10.1 percent to 886.9 billion yuan ($138.37 billion), the second largest in the world after the United States.

Trade between Japan and China has swelled to $286 billion annually from $85 billion in 2000. China joined the World Trade Organization in 2001. Out of the 11 million foreign visitors to Japan between January and June, nearly 2.8 million were from China, a 114 percent increase from the same period last year.