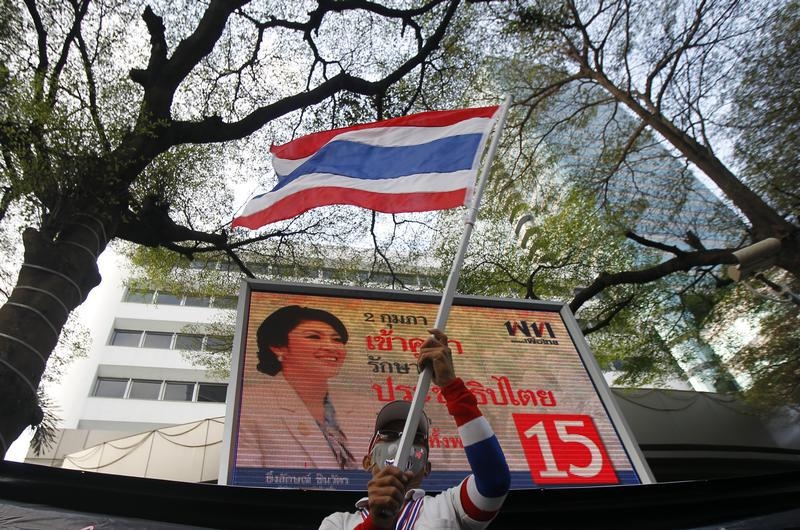 A court has voided the Feb. 2 poll that Prime Minister Yingluck Shinawatra most likely won. Soon, an anti-graft agency may demand her impeachment. The purge will worsen the power vacuum, and raise the risk of violence. Hopes of an economic revival later this year are fading.

An anti-government protester waves a Thai national flag under a picture of Thailand's Prime Minister Yingluck Shinawatra during a rally outside the Puea Thai party in Bangkok March 5, 2014.

Separately, the prime minister has until March 31 to defend herself before Thailand’s anti-corruption agency, which is investigating her role in a failed subsidy programme for rice farmers. The anti-graft commission could ask for the Senate to impeach her.