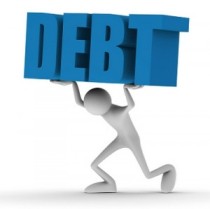 The euro zone is turning into a cult whose members think the best way to survive is to chant hymns to austerity to the rhythm of a German tambourine. Having just agreed on the terms of a “fiscal compact” to reinforce budgetary discipline and avoid another life-or-death experiment, some member governments seem to be eager to implement it without waiting. Spain looks set to become the first victim of deficit target fetishism. Other countries could follow. But insisting on corrective measures and even more austerity just to meet targets will cripple the economy, which in turn will make the targets impossible to meet.

Spain’s fiscal deficit was 8.5 percent of GDP last year. The country’s government had agreed, when the 2011 shortfall was supposed to be 6 percent, that it would cut it down to 4.4 percent in 2012. Can the government be seriously expected to tighten by more than 4 percent of GDP in a year when the International Monetary Fund expects GDP to shrink by 1.7 percent? And if the whole EU sinks deeper into recession, will euro governments be held responsible for missing their tax revenue targets, and pushed deeper into austerity?

The adoption of stricter fiscal rules, with stronger discipline to enforce them, marked serious progress for the euro zone. The European Commission, which is entrusted with monitoring and disciplining euro zone members, fears that giving more flexibility to Spain will prompt other governments to ask for the same treatment.

But idiotic overnight implementation of the rules has never been on the euro leaders’ agenda. As Bruegel’s Jean Pisani-Ferry has noted, the only way to reduce a deficit quickly is to raise taxes. Is that what the Commission has in mind? Further, allowing the recession to deepen will cut into Europe’s producing capacity, and seriously compromise its long-term growth prospects. The Commission and the euro zone’s disciplinarian masters, Germany and the ECB, have yet to explain how they think this can be avoided. Intoning “structural reform” in a hypnotised trance isn’t enough.