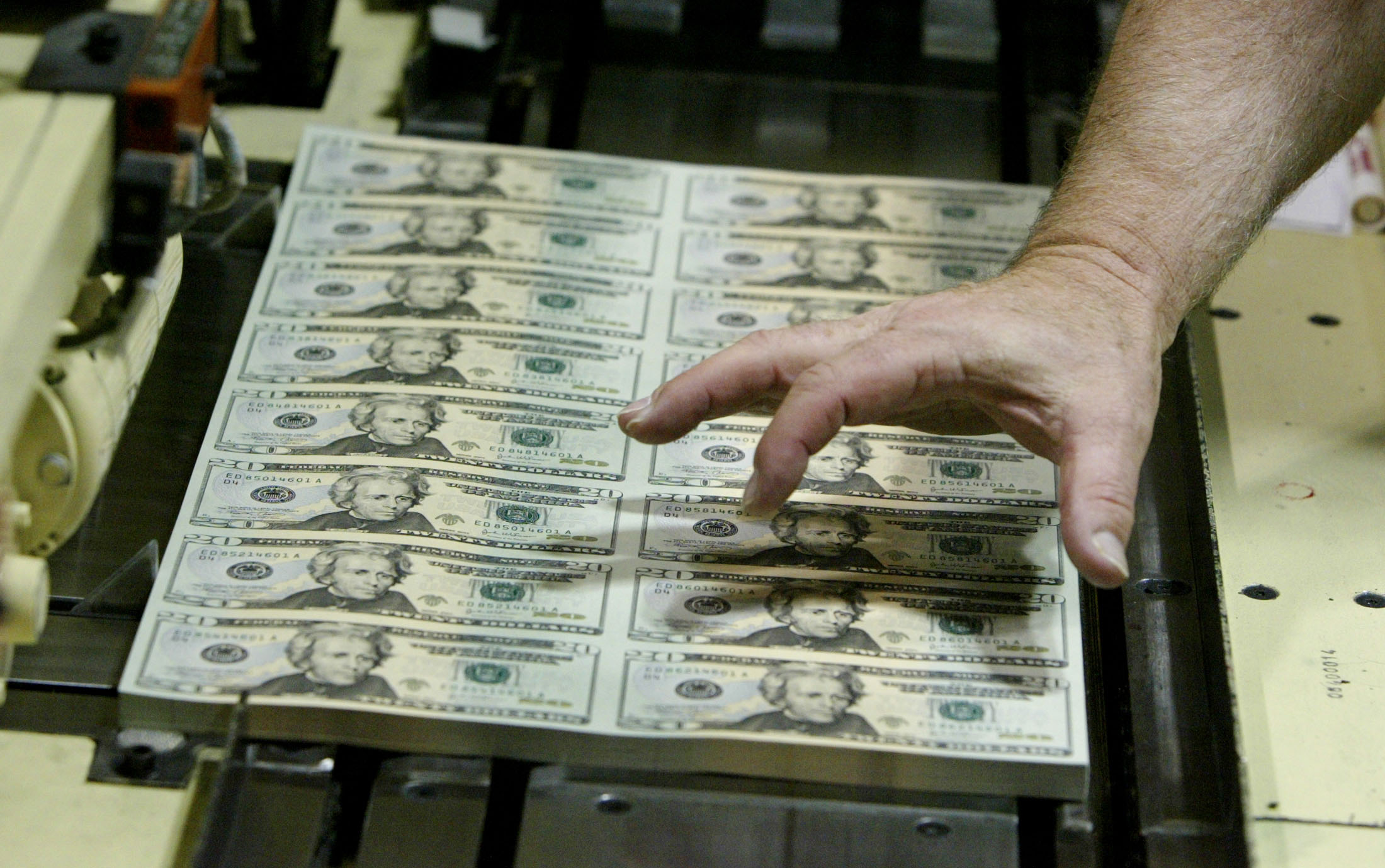 The U.S. economy is a test case for the baffling coexistence of inflated asset prices and disinflation in consumer prices. Poor capital utilization and wonky income distribution – a sharp drop in workers’ share, a jump in financiers’ take – help resolve the mystery.

Twenty dollar bills coming off the printing press at the U.S. Bureau of Engraving and Printing

Revenue productivity is thus down to 40 cents on $1 of capital. Out of this, the share of labour income is 22.5 cents; while the share of profit attributable to creditors and investors is 9.3 cents. In 2000, the labour and profit shares in 49 cents of revenue garnered from $1 of invested capital were 31 cents and 7.4 cents, respectively.