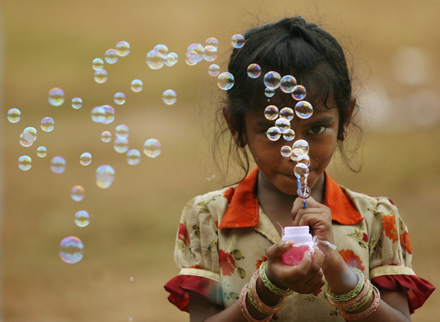 India’s finance minister, Pranab Mukherjee, reckons that his country’s economic growth will fall below 8 percent this year. He blamed global turbulence. External factors do hurt, but India can reinvigorate itself with domestic structural reform. The key is to spur business investment.

Mukherjee said that his targets for both growth and the fiscal deficit would be worse than projected in his February budget. Growth had been predicted to rise by 9 percent. The deficit was forecast at 4.6 percent but economists now see it widening to 5.6 percent.

But Mukherjee can’t have it both ways. Only a few months ago he was extolling India’s insulation from worldwide trends. In fact, India does have significant control over its own destiny. Domestic consumption accounts for around 70 percent of GDP.

Job number one is to raise business investment. Industrial spending is currently hovering close to a two year low according to India’s Yes Bank.

Impediments abound, and not all are easy to dismantle. Interest rates have been hiked to 8.25 percent as the central Bank struggles to contain inflation which is at a 13-month high of 9.8 percent. But that makes it hard for firms to fund investment. Excessive government borrowing is crowding out the private sector, too.

Mukherjee could do more to inject confidence. The business environment is being held up by slow decision making in New Delhi. Clearances for many large infrastructure and power projects are mired in bureaucracy. There are draft bills which deal with mining and land acquisition that he could push through. He could step up privatisation. His $8.2 billion target for sales of stakes in public sector firms has so far only raised $250 million. He could be more welcoming to internationals by removing limits on foreign direct investment in the retail sector.

Sure, it is often easier to talk about such initiatives than enact them, especially in a democracy as large and complex as India’s. But Delhi does have home-grown options to tackle its slowing economic growth.

Indian economic growth will be slower than recent government projections, Finance Minister Pranab Mukherjee said on Oct. 19.
“Most of us are expecting India’s growth to go down below 8 percent. This is disappointing,” Mukherjee told a news conference. “But if we can, we must not lose perspective of the global situation. There is slowdown all over the world.”
India had been projecting economic growth of around 9 percent this fiscal year.
Despite fears of a broader economic slowdown, Mukherjee suggested that India may continue to tighten monetary policy to keep stubbornly-high inflation in check. The Reserve Bank of India is expected to raise rates further at its next policy review on Oct. 25.
Foreign institutional investors (FIIs) sold more than $2.2 billion worth of Indian shares between August and September as fears of a recession in the developed world prompted global investors to sell riskier assets.
Private-sector economists see the fiscal deficit widening to 5.6 percent of gross domestic product in the current year ending 2012. The government’s target is 4.6 percent.