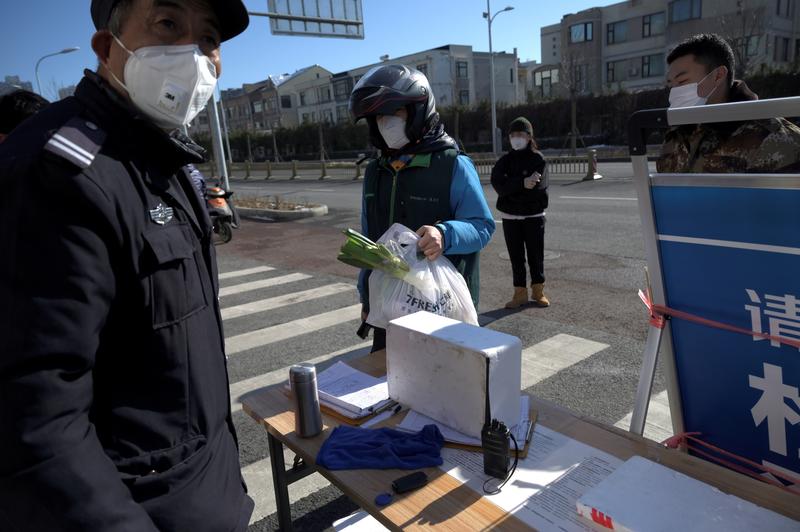 Dada Nexus, backed by JD and Walmart, aims to raise $500 mln on the Nasdaq even as U.S. political backlash against Chinese companies intensifies. Luckin’s scandal raises fresh doubts, as do stock performances of recent debuts. And yet rival bourses are struggling to capitalise.

Security personnel wearing face mask refuse Guo Qiang, a deliveryman for Dada-JD Daojia, to drop groceries of an online order from JD.com's 7Fresh chain at a table, outside a residential compound, as the country is hit by an outbreak of the novel coronavirus, in Yizhuang town, Beijing, China February 8, 2020. REUTERS/Tingshu Wang

Dada Nexus, a Chinese delivery company backed by e-commerce giant JD.com and U.S. retailer Walmart, on May 12 submitted documents to securities regulators for an initial public offering in New York.

The company intends to raise about $500 million and is expected to list in early June, said a person familiar with the plans who requested anonymity because of restrictions on discussing the matter with the press.

Dada Nexus generated 1.1 billion yuan ($155 million) in sales in the first three months of the year, nearly twice as much compared to the same period a year earlier. It lost 495 million yuan during the period, about the same as in the first quarter of 2019.

Goldman Sachs, Bank of America and Jefferies are the lead underwriters on the IPO.