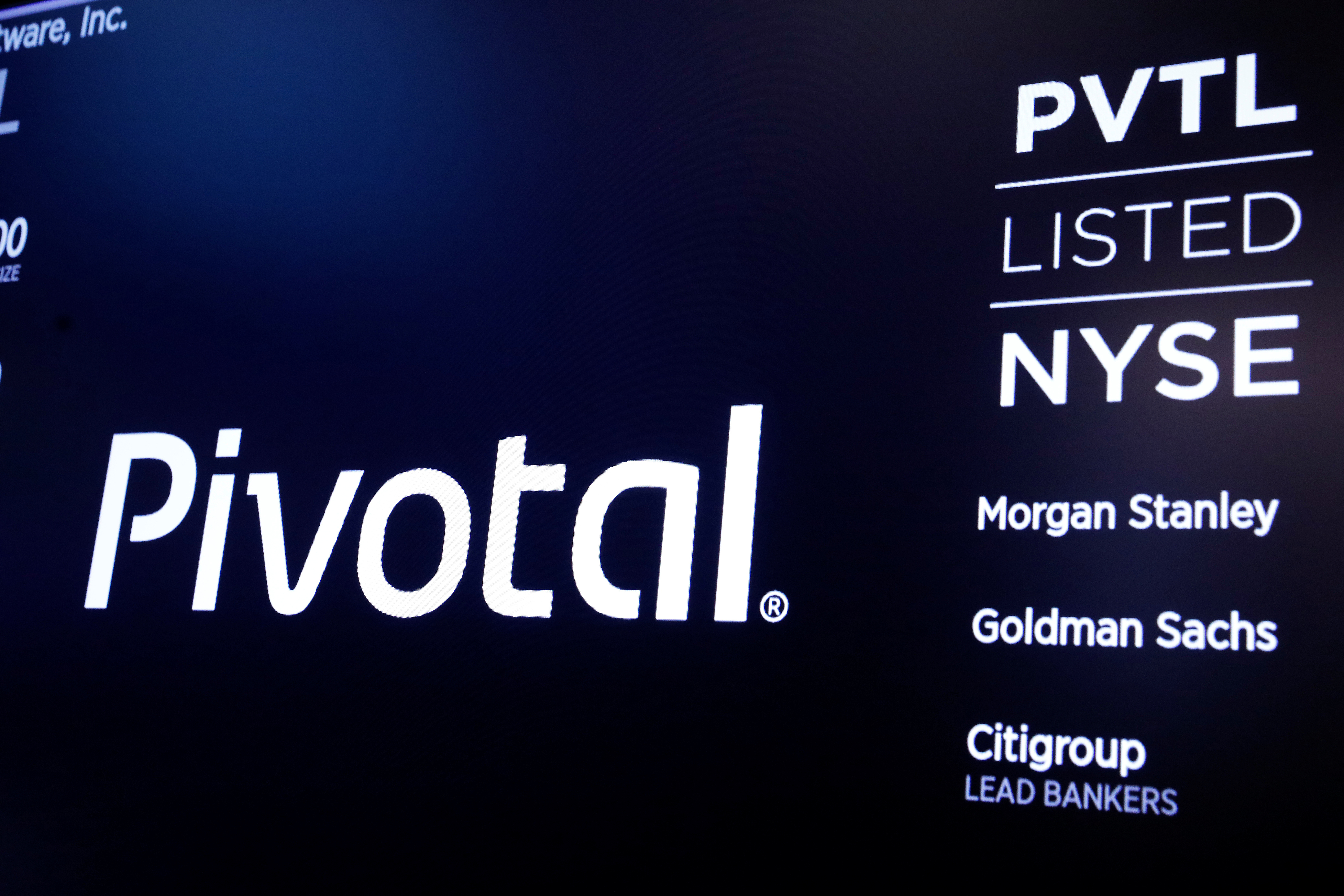 Michael Dell’s dealings have left investors mistrustful and owning bits of three overlapping listed firms. Having one, the $58 bln VMware, buy another, Pivotal Software, simplifies things at a reasonable price. The lack of direct benefit for Dell himself may be a selling point.

The Pivotal Software logo is pictured on the floor of the New York Stock Exchange in the Manhattan borough of New York City, New York, U.S., April 20, 2018.

Pivotal Software said in a filing dated Aug. 14 that a special committee of its board is in discussions with VMware over the latter’s offer to acquire all of Pivotal’s Class A shares at $15 each. That would value the maker of tools for cloud software at about $4 billion, although only outside shareholders owning about 35% of the company would be selling at the implied premium of 81% over the stock’s closing price on Aug. 14.

If such a transaction happens, VMware would also acquire all Pivotal Class B shares held by Dell Technologies directly, at an exchange ratio to be determined based on the unaffected market prices of the companies’ shares, VMware said.

Pivotal, acquired as part of Dell’s acquisition of EMC in 2016, sold shares for $15 each in its initial public offering in April 2018.